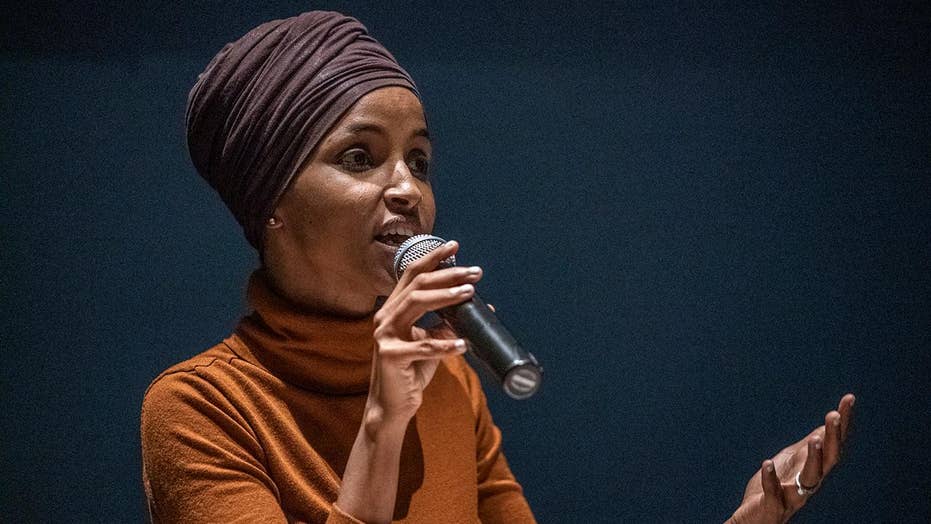 Rep. Ilhan Omar, D-Minn., dismissed what she called "stupid questions" from reporters on Wednesday about allegations she misused campaign funds to reimburse her purported paramour for personal travel expenses.

The National Legal and Policy Center, a nonprofit focusing on ethics in public life, this week filed a Federal Election Commission (FEC) complaint against Omar claiming she misused more than $200,000 in campaign funds and failed to itemize travel reimbursements to Tim Mynett’s E. Street Group, LLC, a political consulting group.

Mynett’s wife filed for divorce Tuesday and claimed he told her about an affair with Omar earlier this year.

“Congresswoman, why are you dodging these questions?” a reporter asked Wednesday at one of Omar’s official appearances at a north Minneapolis grocery store.

“Because they’re stupid questions,” she responded.

One of Omar’s aides then blocked reporters from getting any closer to the congresswoman, Fox 9 reported.

“I will just say I have no interest in commenting on anything that you are about to ask about my personal life, so you can chase me all you want,” she said.

Omar's campaign paid E. Street Group around $230,000 since 2018 for fundraising consulting, digital communications, Internet advertising and travel expenses, according to federal election records. The FEC complaint was filed the day after Beth Mynett submitted divorce papers in Washington, D.C., Superior Court, alleging her husband said he was having an affair with Omar.

The married Minnesota congresswoman has denied the affair, and her attorneys called the FEC complaint a “political ploy.”