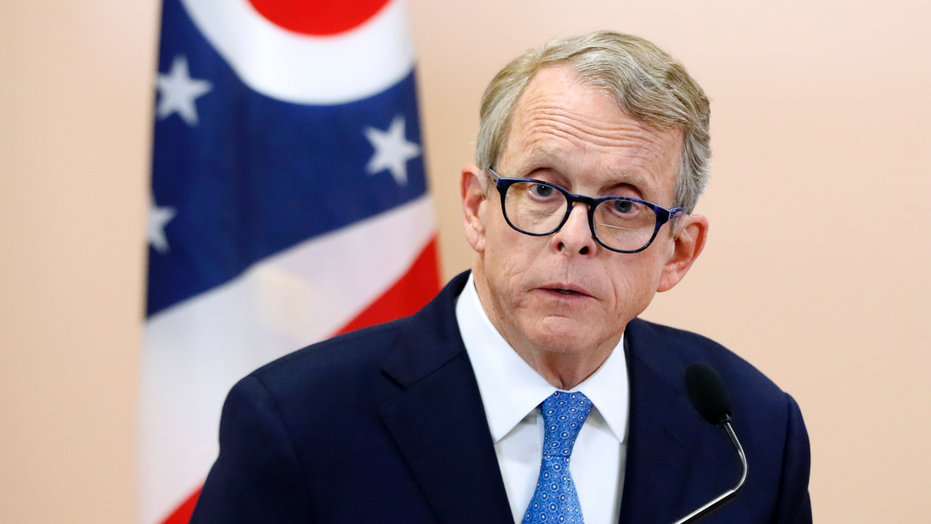 Ohio Gov. Mike DeWine chastised protesters upset with coronavirus lockdown measures who he said were “disrespectful” and “obnoxious” to the media and a member of his cabinet over the weekend.

“You should come after me, don’t go after people who are exercising the First Amendment rights... that we value in this country so very much,” DeWine said in a Monday briefing.

The Ohio Republican’s remarks came after demonstrators gathered over the weekend outside the statehouse in Columbus.

At one point, a protester outside the building confronted a masked reporter from Columbus station WCMH-TV who was covering the demonstration, telling the reporter she was “terrifying the general public.”

“‘Cause you know that the company that you work for is lying to the America people!” the unidentified protester shouted at the reporter. “You know that what you’re doing is wrong, at the end of the day. You know it.

“You see how nervous you are? You’re shaking. You are sweating,” the protester added. “Your glasses, you can’t even see out of them!”

“You’re terrifying the general public,” she said later. “You realize that?”

The WCMH reporter, Adrienne Robbins, said when she asked the woman to give her space, the woman told her she had “no right” to social distancing in public.

DeWine said he was “fair game” for protesters to target, but it “is not fair game to be disrespectful or obnoxious to the news media.”

He continued, “To treat them with disrespect and to not practice social distancing with them, I find that very sad.”

DeWine also slammed a group of protesters who gathered outside Ohio Department of Health Director Dr. Amy Acton’s home over the weekend.

Ohio was among a number of states that began this week to loosen restrictions and reopen their economies amid the coronavirus pandemic. Last Friday, all medical procedures which could be done without an overnight stay were allowed to move forward. On Monday, general office environments where work could not be performed at home were allowed to open their doors.

DeWine told “Fox & Friends Weekend” on Sunday that “90 percent of the economy” in his state would reopen by next week.