October surprises that could change the election

Five October surprises that could change everything before midterm election day

From the growing caravan of migrants making its way toward America's southern border to a pledge of new tax cuts for middle-income Americans, the midterm season could yet hold a few twists and turns between now and Election Day.

The Nov. 6 elections are widely seen as a referendum on the Trump administration and Republican policies pushed in the past two years. Democrats hope to take control of the House and Senate, where Republicans hold a narrow lead.

But a series of developments could tilt the final outcome. Thousands of migrants are heading to the U.S. border seeking asylum, tensions with multiple foreign nations seem ready to boil over and Special Counsel Robert Mueller’s investigation into Russian interference in the 2016 presidential election is nearing a close.

Read on for a look at five potential October surprises.

Special Counsel Robert Mueller's investigation into Russian interference in the 2016 election appears to be wrapping up as he reportedly is readying his team's findings. (AP Photo/Charles Dharapak)

Special Counsel Robert Mueller’s investigation into Russian involvement in the 2016 presidential election has continued for more than a year — and he's reportedly close to delivering his core findings.

This is likely to happen after the midterms. A pair of anonymous U.S. officials told Bloomberg that Mueller is getting ready to answer the two questions on everyone’s minds: whether Trump actually obstructed justice, and if he or his campaign colluded with Russia to win the White House.

But while the final product is not expected until after the elections, any hints about the findings or additional charges could invigorate Democrats -- or even rally Republicans convinced the probe is a "witch hunt." Meanwhile, if Democrats take the House of Representatives in November, party leaders are expected to re-open the probe into alleged collusion between Russian officials and the 2016 Trump campaign, calling back key witnesses, looking into Twitter messages between Donald Trump Jr. and WikiLeaks and allowing public hearings with top Trump officials.

So far, Mueller’s team has secured six guilty pleas and verdicts, including from four former Trump campaign advisers, and one jury conviction. He has pending indictments against more than two dozen others and three Russian companies.

As thousands of migrants continue their trek through Mexico toward the U.S. border, Trump has threatened to call in the military for reinforcement and slash aid to El Salvador, Guatemala and Honduras. The confrontation could escalate in the days ahead.

Trump has made illegal immigration a rallying cry for his Republican base throughout the midterm elections, and the thousands of Central Americans traveling toward the border have become a highly visible example. He’s heaped the blame for illegal immigration and the caravan, specifically, on Democrats.

“Every time you see a Caravan, or people illegally coming, or attempting to come, into our Country illegally, think of and blame the Democrats for not giving us the votes to change our pathetic Immigration Laws!” Trump tweeted. “Remember the Midterms!”

DEMOCRATS AVOID SPARRING WITH TRUMP ON CARAVAN AS MIDTERM NEARS

While Trump’s continued focus on the caravan — particularly on social media — could rouse Republican voters, it could also do the opposite, boosting turnout among Democrats who seem more sympathetic toward the many migrants who have said they are fleeing widespread violence, poverty and corruption in their home countries.

“I think you run the risk of angering minority voters across the board, Latino, black and Asian-Americans and also alienating and distancing from whites, including conservatives and moderates now that they see what’s happening with the family separations,” Matt Barreto, co-founder of the research firm Latino Decision, told The Associated Press.

If the past is any indicator, the caravan is likely to disperse some as it continues through Mexico, with groups traveling at different rates and some choosing to seek asylum in Mexico. 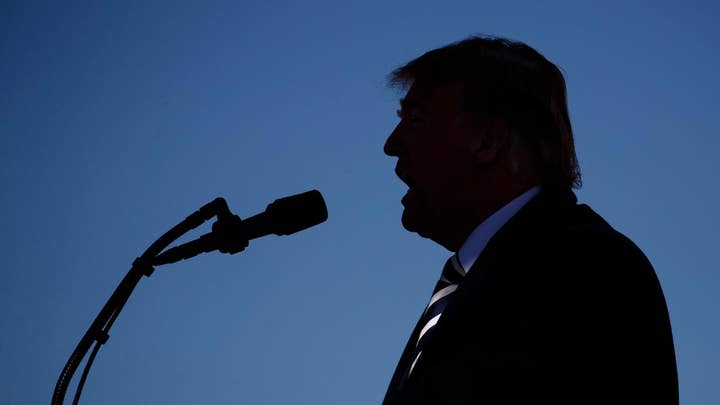 Ahead of the midterm elections, Trump just promised a new round of tax cuts for “middle-income people.”

With Congress not in session until after the elections, Trump has conceded there wouldn’t be a vote until after Nov. 6. But the plan is clearly aimed at middle-class voters, and Trump said Monday he's looking at a 10 percent cut, with plans to unveil a new measure within the next two weeks.

Trump said the package will be a “major tax cut for middle-income people,” and unlike the 2017 tax overheal, won’t focus on businesses. He said his administration, House Speaker Paul Ryan and Rep. Kevin Brady, the Republican chair of the House Ways and Means Committee, are all “working on it.” 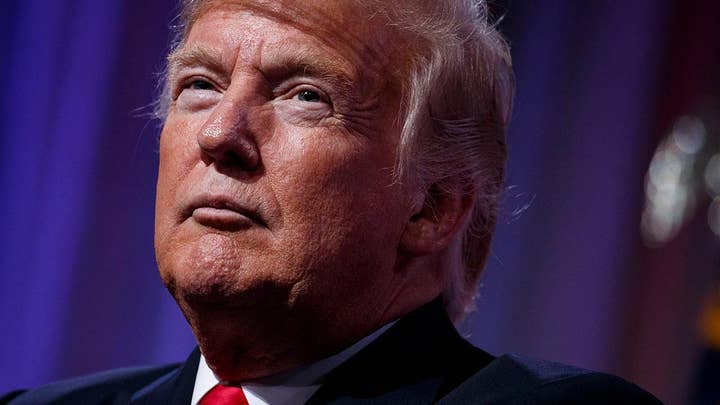 The possibility of Democrats gaining control of the House after the election would give them an opportunity to launch impeachment proceedings. And there have been increasing whispers about that scenario.

Still, in several key races, Democrats want to distance themselves from the idea in order not to alienate moderate and conservative voters.

Texas Senate candidate Beto O’Rourke, who faces incumbent Sen. Ted Cruz in a fierce battle, has found a way to dance around the topic. He said while he would vote for impeaching Trump, he’s not in favor of actually initiating the proceedings at the moment.

TRUMP WARNS ‘MARKET WOULD CRASH’ IF DEMOCRATS IMPEACH HIM

But a more open embrace of impeachment by Democratic leaders and candidates could boost GOP turnout.

Republicans have used the possibility of impeachment as fodder in their campaigns. During a debate between Florida gubernatorial candidates Andrew Gillum and Ron DeSantis, the former Republican congressman accused his opponent of not being able to work with Trump to get things done for the state if he’s elected.

“You need to be able to work with the president,” DeSantis said. “Andrew can’t do that. He wants to impeach Trump, he’s always saying bad things about him.”

An escalation of tensions with a foreign nation could also impact the upcoming elections — as multiple relationships hang in the balance.

From trade with China to the pullout from an arms control treaty with Russia to Saudi Arabia’s inconsistent and widely challenged responses to the death of an activist, Trump’s response is pivotal.

What exactly happened to Saudi journalist Jamal Khashoggi, whom Saudi authorities claim died in a fistfight with officials in the consulate in Turkey, has rolled into the midterm elections. Candidates have sparred over criticisms of the administration’s response to Saudi Arabia’s inconsistencies and defense of the United States’ relationship with the Gulf nation.

TRUMP NOT SATISFIED WITH EXPLANATION OF KHASHOGGI’S KILLING

In a debate with her GOP challenger, Massachusetts Sen. Elizabeth Warren said the country needs a stronger response to Saudi Arabia and charged Trump “is showing he is not capable.”

But Republican Rep. Geoff Diehl said it’s imperative to “continue to have a relationship” with Saudi Arabia, pointing to the many businesses in Massachusetts that do business in the kingdom.

Additionally, ties between the U.S. and China are continuing down a path of acrimony amid a trade policy kerfuffle and accusations the communist nation plans to influence upcoming elections.

Vice President Mike Pence has accused China of launching an “unprecedented effort” to influence the 2018 and 2020 elections to unseat Trump, warning the communist nation is responding to the president’s tough trade policies.

He pointed to Trump’s tough line on Beijing, particularly Trump’s decision to impose $250 billion in tariffs on goods coming from the country. He said in response, Beijing is using its power “to interfere in the domestic policies of this country and to interfere in the politics of the United States.”