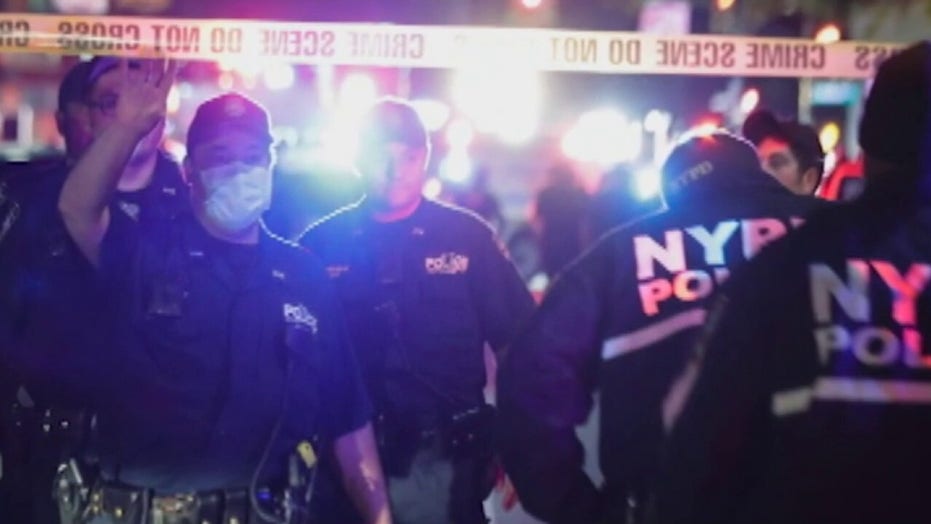 New York Police Department (NYPD) union officials on Tuesday tore into lawmakers both in New York and elsewhere for ongoing efforts to either defund, abolish or radically reform police departments in the wake of the death of George Floyd in Minneapolis -- warning that cops are being told to "walk away" from communities and that criminals are getting the message.

“The legislators, the press, everybody is trying to shame us into being embarrassed about our professions,” Michael O’Meara, the president of the New York State Association of PBAs, said, brandishing his shield. “Well you know what, this isn’t stained by someone in Minneapolis, it’s still got a shine on it, and so do theirs.”

“Stop treating us like animals and thugs, and start treating us with some respect,” he added.

The fiery news conference comes amid efforts in New York and across the country to scrap, limit or entirely re-work how officers do their jobs. Minneapolis City Council is forging forward with efforts to abolish the Minneapolis Police Department and that push is getting support from Democrats in state and local government, and in Washington, D.C.

In New York City, Mayor Bill de Blasio announced he intends to redirect funding from the NYPD to social services. On Tuesday, New York state lawmakers were debating a range of bills that supporters hail as needed reforms, but opponents say would handcuff officers and stop them from doing their jobs.

Those reforms include making chokeholds illegal, as well as the repeal of section 50-a of the state's Civil Rights Law that shields cops’ disciplinary records from the public -- a move police groups warn could be used to hold frivolous accusations over the heads of New York’s Finest.

Lynch said there has been a spike in violence in the city, noting there were seven shootings in less than 10 minutes in Brooklyn overnight. He also cited stats that show burglaries quadrupled and shootings are at their highest since 2015. Meanwhile, nearly 300 officers were injured in recent riots and lootings across New York -- including one officer who was assaulted with a brick and another who was a victim of a hit-and-run, according to authorities.

“There’s been a message not only from our City Hall but from the statehouse, that says there will be a soft touch -- and the criminals know it,” he said.

It comes amid ever-present fears in New York City, in particular, that crime that overwhelmed the city for decades could once again spike if a tough stance on criminality is replaced by the "soft touch" Lynch spoke of.

Lynch, along with the other unions who spoke, again condemned Floyd’s death and said they had denounced it “from the beginning.” O'Meara called the death "disgusting." But, they said, the package of laws being considered would lead to cops unable to do their jobs. 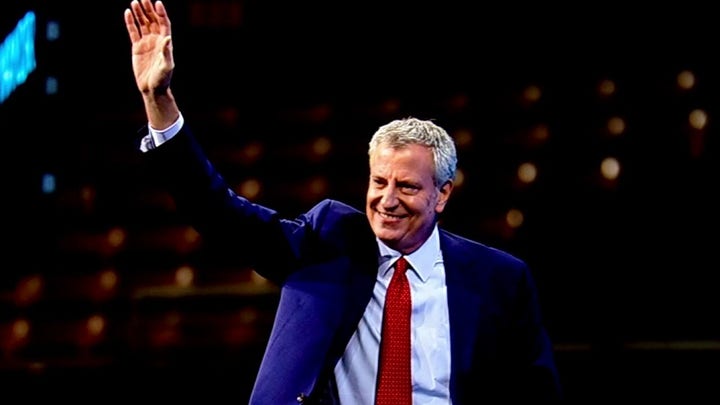 "If we put our hands on the criminal, you're going to jail, I'm not being dramatic -- that's how bad it is. No one's read the bills,” Lynch said.

CUOMO COMPLAINS ABOUT LOOTERS BEING FREED, BUT CONTROVERSIAL BAIL REFORM LAW MADE IT POSSIBLE

But while much of the conference focused on issues related to the Big Apple, where cop groups have fought for years with de Blasio, in particular, there was also concern about the message being sent to cops from politicians in Washington, D.C., as well.

Richard Well, president of the Police Conference of New York, put it simply: “The message has been sent very clearly to police officers by our elected officials: We don’t like you. We don’t respect you. We will not support you. We want you to go away and if at all possible, we’re going to do everything we can to make it happen.”