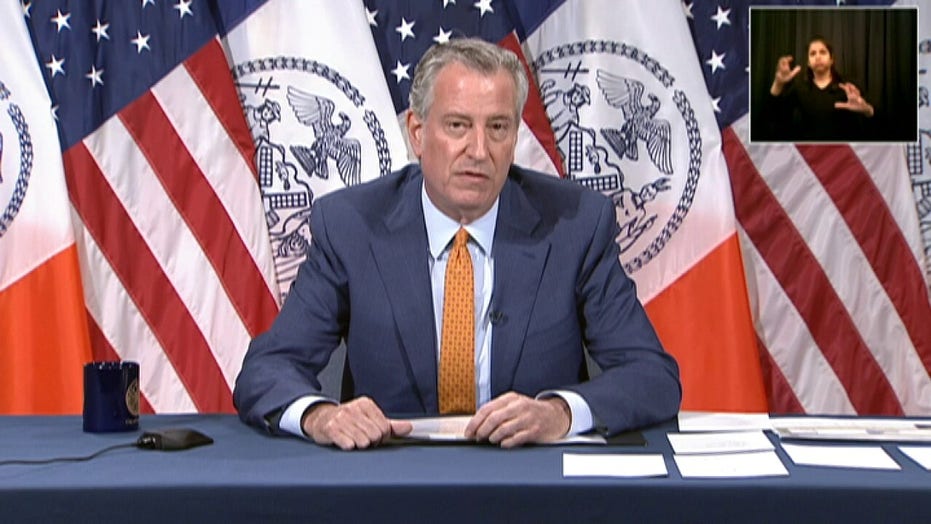 New York City Mayor Bill de Blasio announced Sunday he would accede to protesters’ demands by moving to shift funds away from the NYPD toward social services.

During his daily briefing, the mayor addressed the demonstrations that have gripped the city and nation for almost two weeks following the death of George Floyd while in police custody. De Blasio announced a number of reforms as proposed by a task force on racial inclusion, one of which was to shift funding from the police force to youth initiatives.

De Blasio did not reveal how much funding he aimed to divert from the annual NYPD budget. The New York Times noted that the NYPD budget was $6 billion and accounted for 6 percent of the proposed 2021 NYC fiscal budget.

He did say that the details of any budget reallocation would be worked out ahead of the July 1 budget deadline.

“We’re committed to seeing a shift of funding to youth services, to social services, that will happen literally in the course of the next three weeks, but I’m not going to go into detail because it is subject to negotiation and we want to figure out what makes sense,” de Blasio said.

Other measures included shifting smaller responsibilities, such as street vendor enforcement, away from the NYPD and hiring “community ambassadors” to connect police departments and local communities.

De Blasio has suffered criticism throughout the protests, with many opponents claiming he’s sided with police too often.

When he attempted to give a speech at a Brooklyn memorial service for George Floyd last week, protesters shouted over him with chants of “Black lives matter!” and “George Floyd.” Many people in the crowd turned their backs on him and started to boo the mayor.

De Blasio also announced Sunday morning that the city’s curfew would end effective immediately, due in part to the success of staging more peaceful protests during previous days.

The mayor also has faced pressure from his own Office of Criminal Justice, in which employees signed a statement demanding de Blasio support reforms including a ban on chokeholds.

The mayor did not address the other reforms during his Sunday morning speech.