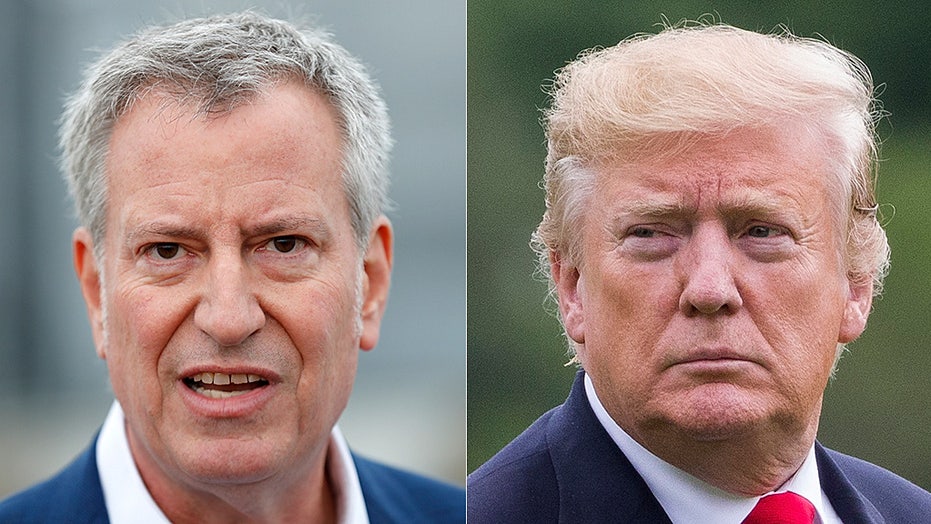 New York City Mayor Bill de Blasio on Tuesday called President Trump a “hypocrite” who “seems to enjoy stabbing his hometown in the back” after Trump shot down the idea of coronavirus bailouts for the hardest-hit states, which are run by Democrats.

“The president of the United States – a former New Yorker who seems to enjoy stabbing his home town in the back – [is] talking about no bailout for New York,” de Blasio said at a press briefing Tuesday,” the mayor said, before comparing Trump to former President Herbert Hoover.

“What kind of human being sees the suffering here and decides that people in New York City don’t deserve help? What kind of person does that?” he added.

With New York City tax revenue decimated by the coronavirus lockdown, de Blasio has asked the federal government for a $7.4 billion bailout for the city.

Trump in an interview with the New York Post sided with Senate Majority Leader Mitch McConnell, who expressed hesitation about additional assistance for governments in “blue states,” those hardest hit by coronavirus. Trump added that it would be unfair to Republicans.

“I think Congress is inclined to do a lot of things but I don’t think they’re inclined to do bailouts. A bailout is different than, you know, reimbursing for the plague,” Trump told the Post.

“Do you not care about that firefighter, that EMT, that paramedic, that police officer, that health care worker because they live in a state run by a Democrat or a city run by a Democrat?” he continued. “Does that make them less American in your view, Mr. President?”

De Blasio then compared Trump to Hoover, historically known for his fiscal conservatism during the Great Depression.

“Even Herbert Hoover in his worst moments didn’t try and pit Americans against Americans, one part of the country against another,” de Blasio said. “In a crisis, a leader is supposed to bring us together.”

Cuomo's remarks came after Trump tweeted that he was "open to discussing anything" but questioned why taxpayers should "be bailing out poorly run states."