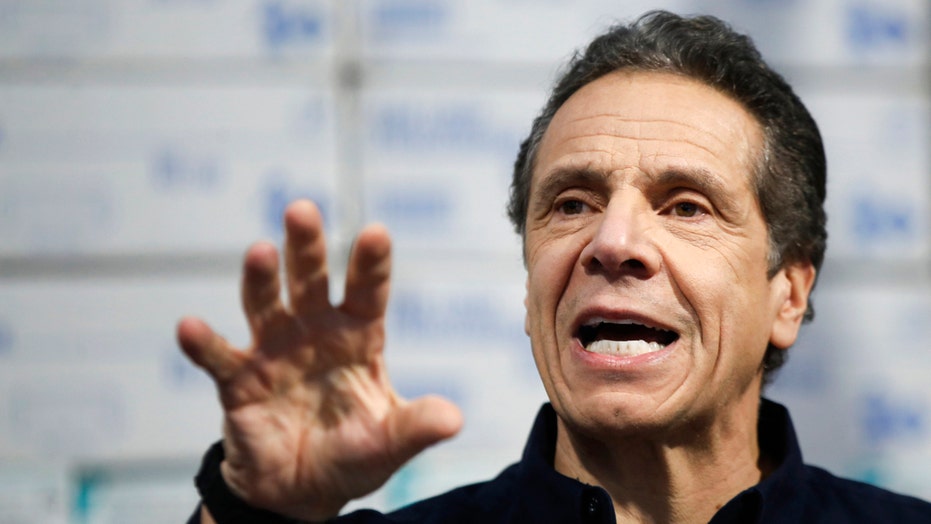 Cuomo comedy act is back and the hypocrisy is rich

New York’s Democratic Gov. Andrew Cuomo said Monday New York has been “bailing out” other states for decades as he pressed the federal government for more relief to state and local governments amid the coronavirus pandemic.

While Cuomo said it was “not the time to be talking about dollars and cents,” New York’s federal tax contribution has been “bailing out” other states for years.

“It’s not the time to be saying, 'Well, you put in a dollar more than I did, or I put in $5 more than you did.' … But if you want to go to who’s getting bailed out and who paid what, nobody would be bailing out New York state,” Cuomo said during his daily briefing.

CUOMO REMAINS RESISTANT TO REOPENING NEW YORK, SAYS CORONAVIRUS RESTRICTIONS WILL BE EXTENDED IN SOME PARTS

Trump questioned why the federal government would provide relief for states like Illinois as an example, and “cities, in all cases Democrat run and managed, when most of the other states are not looking for bailout help?"

Cuomo later said New York is the “No. 1 donor state,” adding that other “giver states” such as Massachusetts, New Jersey, Connecticut and California were now in need of assistance while facing budget concerns.

“Who are the taker states? Kentucky, southeast part of the country,” he said.

Cuomo said that he did not discuss money in an earlier call with Trump, but blasted the latest $484 billion coronavirus relief bill, passed Thursday, for helping only small businesses and not local governments.

The latest "Phase 3.5" emergency relief package includes a $310 billion infusion to the Paycheck Protection Program (PPP), which helps businesses with fewer than 500 employees obtain loans to cover eight weeks of their payroll, benefits and other expenses.

“That was the third time they said it would be in the next bill; when I hear them say don't worry, I worry,” said the governor, adding that small businesses are equally as important as services funded by local governments such as police, fire departments, teachers and hospitals.

Though lawmakers did not include money for state and local governments in the package, the previously passed CARES Act had $150 billion for them.

Cuomo and other governors have repeatedly pressed Congress for more, but Senate Majority Leader Mitch McConnell suggested states file bankruptcy rather than sending governors more federal money to deal with their deficits.

"I mean, we all represent states. We all have governors regardless of party who would love to have free money," McConnell said Wednesday on “The Hugh Hewitt Show.”

McConnell added that many states are struggling with funding pensions or similar programs, saying "[t]here's not going to be any desire on the Republican side to bail out state pensions by borrowing money from future generations.”

Cuomo in response called McConnell’s bankruptcy suggestion “one of the really dumb ideas of all time.”

“Kentucky TAKES $148 billion more from the federal pot than they put in,” Cuomo tweeted last week. “But we don't deserve help now because the 15,000 people who died here were predominately [sic] democrats?”