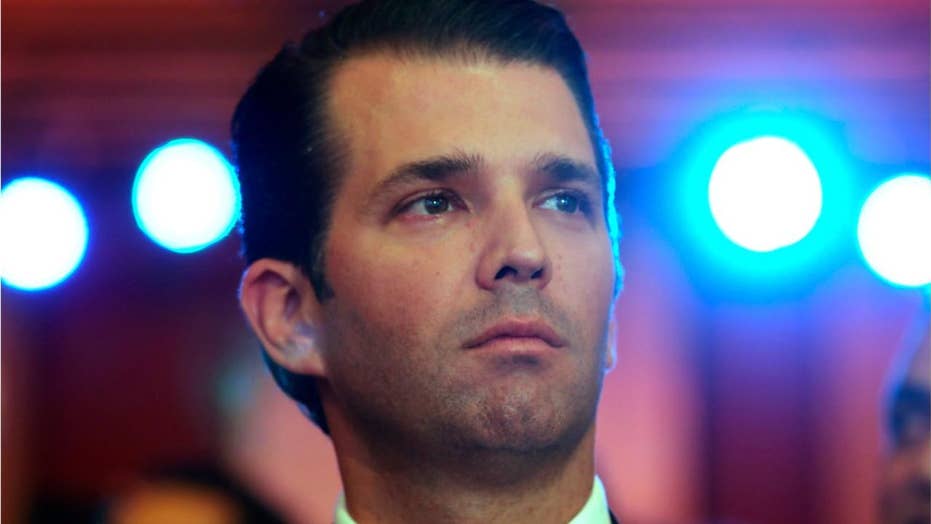 NPR was forced to issue a correction after alleging Donald Trump Jr. lied to the Senate.

NPR was forced to issue a lengthy correction Friday after falsely accusing Donald Trump Jr. of lying to the Senate about plans to build a Trump Tower in Moscow, claiming his statements contradicted Michael Cohen’s plea deal with Special Counsel Robert Mueller.

The public radio network, which receives federal funds, used Trump Jr.’s Senate testimony transcript from 2017 to report that he said the Trump Organization’s possible real estate deal in Russia “faded away” by the end of 2014.

The eldest son of President Trump then denied the deal was being discussed in 2016.

“There was never a definitive end to it. It just died of deal fatigue,” he told the Senate.

This answer, according to NPR, placed Trump Jr. in serious legal jeopardy because Cohen said in a plea agreement earlier this week that he continued working on the deal through June 2016 and he even told the president and his children about it.

But critics claimed that NPR rushed the story, overlooking other answers by Trump Jr. that show he admitted the Trump Tower Moscow was being discussed in 2016.

“It’s been reported that in late 2015 or 2016 when now-President Trump was running for office the Trump Organization was pursuing a plan to develop a massive Trump Tower in Moscow. Is that accurate?” Trump Jr. was asked by the Senate.

Five hours later after publishing the article on its website, NPR issued a correction -- though it didn’t fully retract the article, admitting only that it “mischaracterized” Trump Jr.'s answers.

“An earlier version of this report mischaracterized an answer Donald Trump Jr. gave to Senate investigators in 2017 about the prospective projects his family was negotiating with people in Moscow,” the editor’s note read.

"An earlier version of this report mischaracterized an answer Donald Trump Jr. gave to Senate investigators in 2017 about the prospective projects his family was negotiating with people in Moscow."

The outlet went on to acknowledge that Trump Jr.’s remark about the deal that fell apart in 2014 referred to a different set of negotiations and not the ones to which Cohen was referring.

“Trump Jr. did acknowledge in his testimony that Cohen and another man were exploring a possible deal in Moscow in 2015 or 2016,” the correction added.

Trump Jr. celebrated the correction in a series of tweets. “I guess this is as close as I’ll get to an apology where yet another ‘bombshell’ bites the dust,” he wrote in a tweet. “Pro tip: don’t just rush to publish anything thinking that it’s the got ya you so desperately want it to be. CNN has the market cornered on that... let them own it.”

Despite the massive error, the NPR story attracted attention from Democratic lawmakers, including U.S. Rep. Eric Swalwell of California, who has not yet deleted his misleading tweets.

“A good lesson for all kids (and for anyone in the White House): the truth always comes out,” Swalwell tweeted.

It was at least the second time Trump Jr. was the subject of botched reporting. CNN’s now-debunked story last year claimed the president’s eldest son had a sneak peek at hacked information that WikiLeaks had acquired.

The liberal network claimed an email was sent to Trump Jr. and Trump campaign associated a week before WikiLeaks posted the information publicly.

But it turned out that CNN got the date of the email wrong and it was actually sent a day after WikiLeaks already published the information, prompting the network to issue a correction that effectively retracted the article.