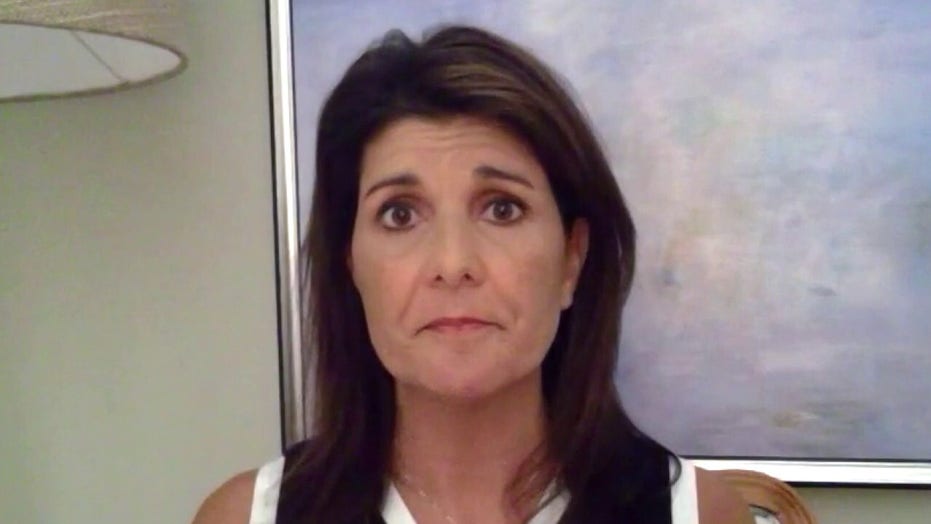 Responsibility for combating the coronavirus outbreak in the U.S. lies mainly with governors and not President Trump, former U.S. Ambassador to the United Nations Nikki Haley says.

"The federal government can provide crucial resources, but the burden is on the governor and her team to distribute them. No two states are alike, and blanket approaches won’t work," Haley, who previously served as a Republican governor of South Carolina, wrote in a New York Times op-ed piece Wednesday.

"No two states are alike, and blanket approaches won’t work."

She seemed to oppose Dr. Anthony Fauci’s endorsement last week of a nationwide stay-at-home order, which came as a handful of the nation's governors have refused to issue one.

Fauci, director of the National Institute of Allergy and Infectious Diseases and a face of President Trump's Coronavirus Task Force, said last Thursday he didn’t understand why a federal stay-at-home order hadn't been put in place.

But Haley countered: “America is better served when presidents respect the diversity of states instead of dictating uniform solutions."

She said governors know their residents and their state’s needs better than the federal government does, and are in the best position to oversee efforts taken within the state. She wrote it's each state's obligation to prepare an emergency response before a crisis -- making sure supplies are up to date and reaching out to the Federal Emergency Management Agency (FEMA) and the federal government when they know a crisis is coming.

She added that some governors have shown strong leadership amid the pandemic but accused others of blaming the president to hide their own failures.

“As our highest nationally elected leader, of course President Trump has enormous responsibility in this unprecedented crisis, and he is marshaling the federal response on a massive scale," she wrote, "But in implementing plans to save people’s lives and keep our economy afloat, look no further than the governors.”

"President Trump has enormous responsibility in this unprecedented crisis, and he is marshaling the federal response on a massive scale."

Last Friday, Haley criticized the World Health Organization for taking “China’s word” in the early stages of the outbreak that the virus might not spread from person-to-person, citing a January tweet from the organization that said China had found “no clear evidence."

She lashed out against China's influence in the WHO again Wednesday evening during an appearance on Fox News' "Hannity."

"If anything, we deserve to hold them accountable," Haley said, regarding China's reporting of the origins of the coronavirus outbreak, noting that the U.S. funds 22 percent of the WHO budget.

Last month, Haley resigned from Boeing’s board of directors out of "philosophical principle" when the company requested federal assistance during the crisis.