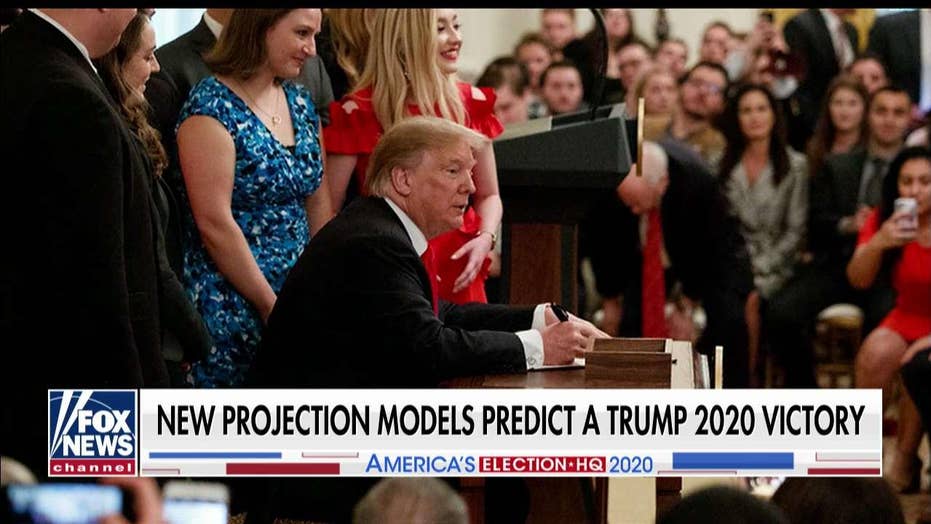 The combination of a strong economy and the built-in advantages for an incumbent give President Trump a "formidable" advantage in his bid for re-election, Steven Rattner wrote in the New York Times.&nbsp;

The combination of a strong economy and the built-in advantages for an incumbent gives President Trump a "formidable" advantage in his bid for re-election, according to a New York Times op-ed.

Steven Rattner, who served as counselor to the Treasury secretary in the Obama administration and worked on the auto industry bailouts, explained in his piece that three separate projection models currently point to a win for Trump.

One model by Ray Fair, a professor at Yale, projects Trump's 2020 vote share as high as 56 percent given the economic boom, but that does not account for voters' issues with the president's personality.

"As recent polls show, if the election were today, he would lose to most of the Democratic hopefuls by a substantial margin; in the case of Joe Biden, by nearly 8 percentage points," said Rattner.

Fair's model -- which pegged Barack Obama's vote shares nearly on the dot -- showed Trump should have received 54 percent of the vote in 2016, but Trump actually got 48.8 percent against Hillary Clinton.

"I’m quite confident that the gap was a function of the generally unfavorable rankings on Mr. Trump’s personal qualities," Rattner wrote.

Rattner said in addition to Fair, two other projection models give Trump a clear edge.

"Mark Zandi, the chief economist at Moody’s Analytics, has looked at 12 models, and Mr. Trump wins in all of them. Donald Luskin of Trend Macrolytics has reached the same conclusion in his examination of the Electoral College," Rattner wrote.