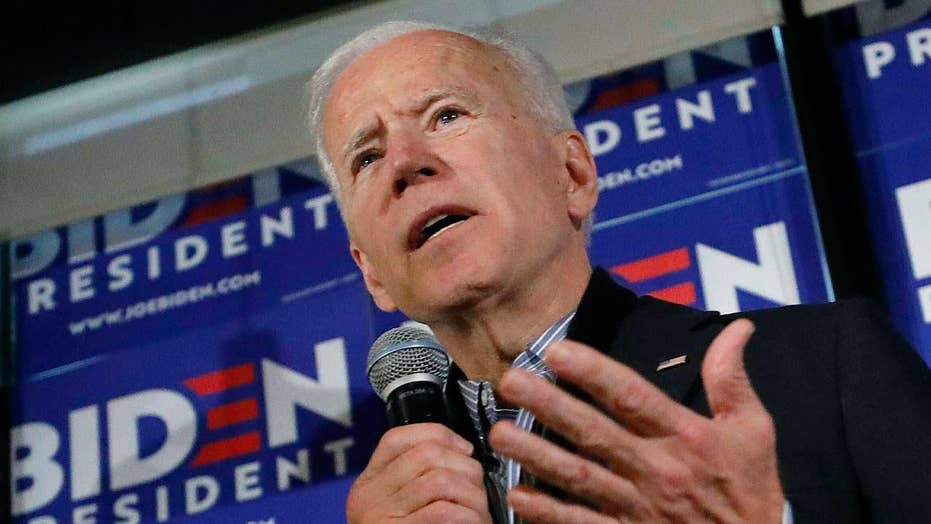 The Quinnipiac University poll, released on Wednesday, is the latest national or state survey to give Biden a clear lead over the rest of the historically large Democratic field in the race for the party’s presidential nomination.

Biden was born and spent his first ten years in Scranton, Pa., before moving with his family to Delaware. Biden went on to represent Delaware for nearly four decades in the U.S. Senate before becoming Barack Obama's vice president. But he kept his deep ties to his native state and was often referred to by Keystone State Democrats as “Pennsylvania’s third senator” during his years in the upper chamber of Congress.

The Quinnipiac survey indicates Trump's approval rating in the state is underwater, with just 42 percent of voters approving of the job the president’s doing in the White House, while 54 percent give Trump a thumbs down.

Pennsylvania is one of three Rust Belt states – along with Michigan and Wisconsin – making up the traditional Democratic ‘blue wall’ in presidential elections that Trump narrowly captured in 2016. The president edged out Democratic nominee Hillary Clinton in Pennsylvania by less than one percentage point, becoming the first GOP candidate to carrying the state since George H.W. Bush in 1988.

"More than half of Pennsylvania voters say they are better off financially than they were in 2016. But the economy isn't giving President Donald Trump an edge in an early read of the very key Keystone State," Quinnipiac University Poll analyst Mary Snow said.

In the state's Democratic primary race, the survey puts Biden at 39 percent support, with Sanders a distant second at 13 percent. Warren and Harris each are at eight percent, Buttigieg garners six percent, and Sen. Cory Booker of neighboring New Jersey has five percent support. Every other candidate registered at two percent or less.

"Bolstering Vice President Biden's numbers is something on which Democrats of all stripes in Pennsylvania agree: Whether they back Biden or not, more than 60 percent believe he has the best chance of defeating Trump in 2020," Snow spotlighted.

The Quinnipiac University survey was conducted May 9-14, with  978 Pennsylvania voters questioned by live telephone operators. The survey has an overall sampling error of plus or minus 4.2 percentage points.