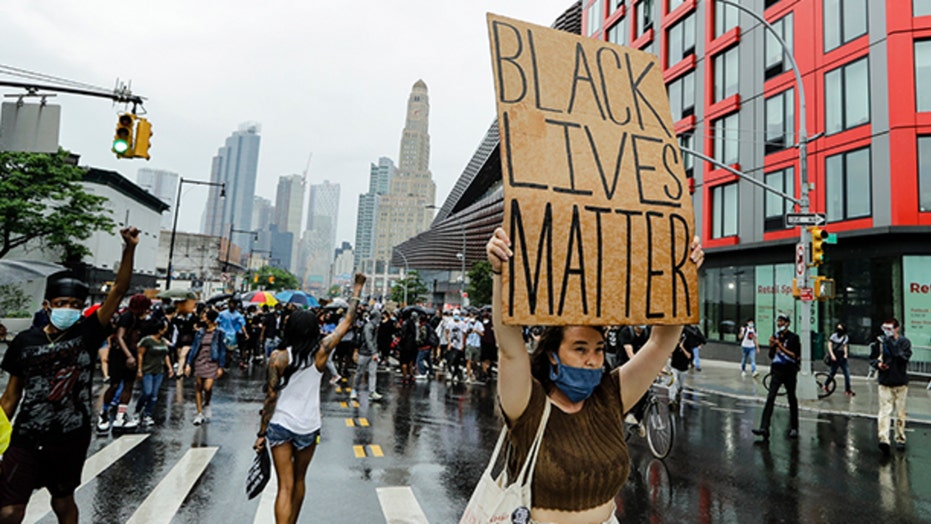 New York City is under an 8pm to 5am curfew in an effort to keep peace in the streets amid George Floyd unrest; Jacqui Heinirch reports

After more than a week of George Floyd protests, thousands of New Yorkers gathered Saturday for another day of demonstrations against police brutality and racial equality in the U.S.

Despite the city's curfew, which goes through Sunday night, police forces have been grappling with unrest at times -- mostly after 8 p.m.

Protesters Saturday remained peaceful throughout the afternoon, and thousands could be seen crossing the Brooklyn Bridge into Manhattan during a march.

Protesters cross the Brooklyn Bridge into Manhattan on Saturday, June 6.

Tensions had already been high in the city before the death of Floyd in police custody on May 25. The coronavirus pandemic has left at least 17,000 people dead and hundreds of thousands unemployed, and most of the Big Apple remains shuttered under lockdown restrictions.

New York City Mayor Bill de Blasio announced Saturday that two police officers have been suspended without pay due to misconduct during the recent protests.

Most nights have ended with mass arrests after demonstrators broke curfew, forcing police officers to detain protestors. More than 2,000 people have been arrested since the demonstrations began, according to The New York Times.

New York Gov. Andrew Cuomo has pushed to have chokeholds banned, along with other new legislative measures that include making hate-based 911 calls a hate crime and disclosing prior disciplinary records of police officers.

Protests are expected to continue throughout the weekend.