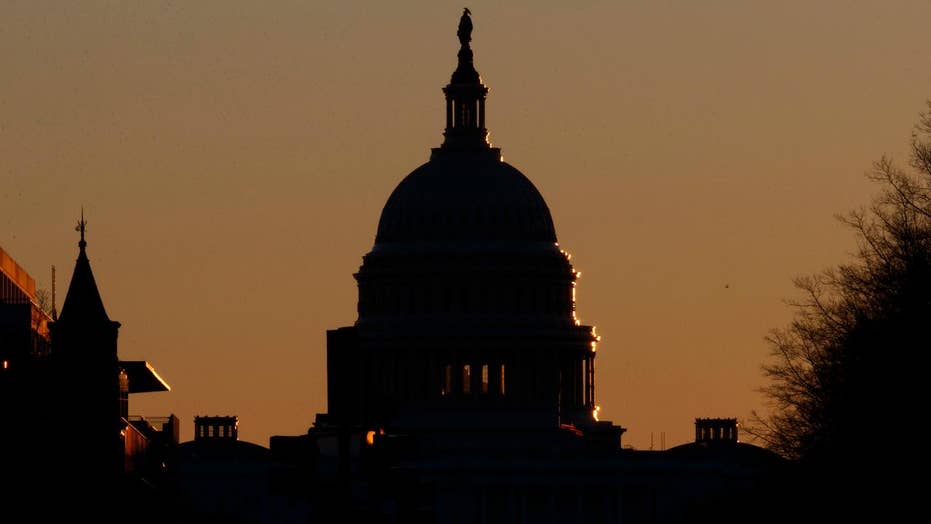 While the federal minimum wage remains $7.25 per hour, Seattle's largest companies will have to start paying $16 an hour on Tuesday, after lawmakers brushed aside studies showing that the city's ongoing minimum wage hikes are actually hurting the low-income workers they aim to help. Many New York City businesses, meanwhile, will have to begin paying at least $15 per hour this week.

One new Illinois law will extend the current 72-hour waiting period for purchasing handguns to all firearms; another will allow relatives or law officers to ask courts to remove guns from people believed to be a danger to themselves or others.

California, which already bars people younger than 21 from buying handguns, will extend that to long guns with a few exceptions for military members and licensed hunters.

Opponents of the legislation argued that people can obtain long guns through illegal channels and that state legislators should focus on making sure criminals and those with mental health issues cannot get guns themselves.

Republican Sen. Jim Nielsen said he thinks "bills like this miss the target," as the Los Angeles Times reported.

"What is magic about 21?" Nielsen asked. "All of a sudden you are not a danger anymore?

The state's liberal lawmakers cited the February massacre at Marjory Stoneman Douglas High School in Parkland, Florida — in which a 19-year-old used an AR-15-style gun to kill 17 people — as justification for the legislation.

While conservative critics have said California is increasingly encroaching on the Second Amendment, top Democrats in the state have sought to cast doubt on their arguments. In a widely-cited tweet that he later claimed was in jest, California Democratic Rep. Eric Swalwell said last month that guns were not an effective deterrent against the government because "the government has nukes."

A Tennessee law will ban local governments from having "sanctuary" policies for people living in the country illegally. It bans local government policies that restrict compliance with federal immigration detainers.

The law also threatens to withhold future state economic development money from those that don't comply.

Colorado, however, will make it easier for immigrants living in the country illegally to renew state driver's licenses. The state has been issuing such licenses since 2014, but they had to be renewed in person every three years at one of just three state offices devoted to that purpose.

The law's Republican sponsors argued the economies of their rural districts were at stake.

Crimes committed by illegal immigrants have spurred calls for change. In California, a state assemblyman earlier this month demanded a change to a "state sanctuary" law that prohibits local law enforcement agencies from cooperating with federal immigration officials after cops said a twice-deported man living in the United States illegally went on a daylong crime spree that included a murder.

However, California, where Democrats won a veto-proof majority in the state legislature in the November midterms and where Republicans hold no statewide offices, is unlikely to curb its policies that protect illegal immigrants.

On abortion, states continue to move in different directions. A new Washington law will require contraception coverage in health insurance and, if a policy covers maternity care, also will require it to cover abortions.

The Department of Health and Human Services this year announced a proposal to ban counseling for abortion services at federally-funded clinics. (Reuters, File)

In Tennessee, a new law says if an ultrasound is performed before an abortion, the woman must be given the opportunity to learn the results.

Arizona will require increased state reporting about abortions, and providers must ask women if they were coerced into seeking the procedure or if they were victims of sex trafficking or sexual assault.

Meanwhile, Hawaii will become the sixth state, along with Washington D.C., to legalize medically assisted suicide. The law will allow doctors to fulfill requests from terminally ill patients for fatal prescription medication. Two health-care providers must confirm a patient's diagnosis, prognosis and ability to make decisions about the prescription.

A Louisiana constitutional amendment, approved by voters, will require unanimous juries in order to convict people of serious felony crimes. It reverses a Jim Crow-era practice that had allowed as few as 10 members of a 12-person jury to convict defendants in cases not involving death sentences. Oregon now will be the only state to allow convictions under split juror verdicts.

A California law will prohibit people age 15 and younger from being tried as adults for crimes.

Utah is adopting the nation's strictest drunken-driving threshold — 0.05 percent blood alcohol content. The state's hospitality and ski industries have expressed concern that the new law will exacerbate Utah's reputation as a state where it's tough to get a drink. Proponents include the National Transportation Safety Board, which says people start to become impaired with their first drink.

An Idaho law will require first-time convicted drunken drivers to have an ignition interlock device installed on their vehicles for one year.

A new Oregon law will expand equal pay requirements. The law extends an existing prohibition on sex-based pay discrimination to include race, color, religion, sexual orientation, national origin, marital status, veteran status, disability and age. Pay differences must be based on seniority, merit, experience and other factors. Employees who prevail in complaints with the state Bureau of Labor and Industries can recover back pay for up to two years.

California will require corporate boards of publicly traded companies to include women by the end of 2019. That law has spurred widespread debate and potential legal challenges from opponents who argue it is a clear instance of unconstitutional gender-based discrimination.

And, a new Delaware law will require employers with 50 or more employees to provide sexual-harassment training to current workers within the next year, or within one year of hiring new employees. Training must be offered every two years thereafter.

California employers with at least five employees will have to provide at least two hours of sexual-harassment prevention training to supervisors and at least one hour of training to all other employees, conducted this coming year and every two years thereafter.

Another new California law will bar confidential settlements to resolve claims of sexual assault or harassment, gender discrimination or retaliation, although it still will allow the identity of the accuser and amount paid to remain secret in some cases. A new law also will bar contracts and settlements that waive a person's right to testify about sexual harassment or criminal conduct.

The minimum marriage age in New Hampshire will rise to 16 — up from 13 for girls and 14 for boys. The new law was championed by Cassie Levesque, who was a senior in high school in 2017 when she started her two-year push to raise the marriage age as part of a Girl Scout project.

The experience led her to run for a state House seat, which she won in November. Another new law prohibits judges from signing off on marriages involving a person under the age of consent unless there is clear and convincing evidence the marriage is in the child's best interest.

At least a half-dozen states will start enforcing sales-tax laws on some out-of-state retailers. Georgia, for example, will collect a 4 percent sales tax on online retailers who make at least $250,000 or 200 sales a year in Georgia.

The U.S. Supreme Court paved the way for states to collect billions in additional sales taxes from online retailers with a ruling in June. Some states started collecting those taxes before the new year.

Do minimum wage hikes do more harm than good?

Missouri, which has not passed an online sales-tax law, will cut its individual income tax rate by one-half of a percentage point. The tax cut will be offset partly by phasing in a reduction in the state tax break for taxes paid to the federal government.

Meanwhile, new minimum-wage requirements will take effect in 20 states and nearly two dozen cities around the start of the new year, affecting millions of workers. The state wage hikes range from an extra nickel per hour in Alaska to a $1-an-hour bump in Maine, Massachusetts and for California employers with more than 25 workers.

A study last summer, when Seattle became the first city in the nation to mandate a $15-per-hour minimum wage, showed the policy may not be helping the city's low-income residents.

The University of Washington paper asserted the new wages boosted worker pay by 3 percent, but also resulted in a 9-percent reduction in hours and a $125 cut to the monthly paychecks. The law also cost the city 5,000 jobs, the report said.