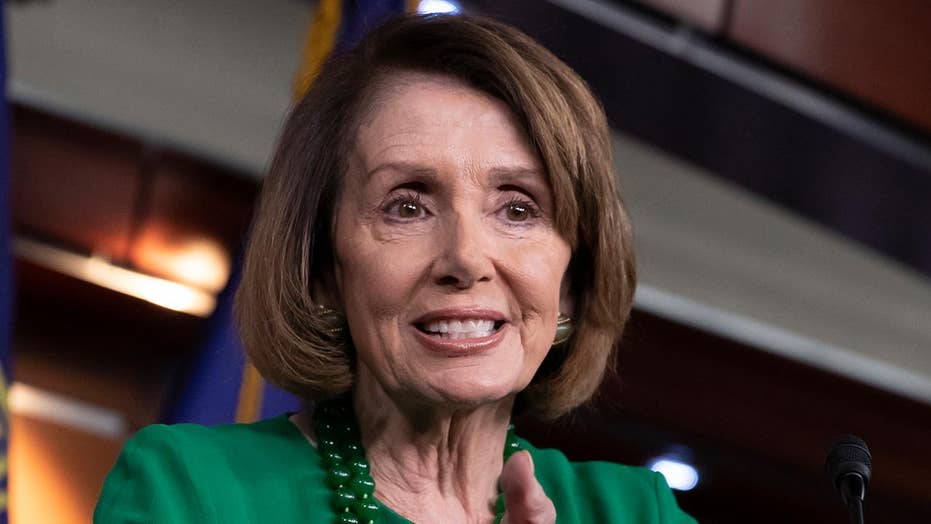 Nancy Pelosi tries to corral support from House Democrats in her effort to be speaker; Peter Doocy reports from Capitol Hill.

As a candidate, Abigail Spanberger asserted “under no circumstances, would I vote for Nancy Pelosi to again be speaker of the House.”

Pelosi later struck a deal with potential rebels in her caucus that almost ensures she’ll reclaim the gavel come January. Nevertheless, Spanberger, now a congresswoman-elect from Virginia, said she is sticking to her campaign vow. “This is my first opportunity to keep my promise to my soon-to-be constituents and that’s exactly what I’ll do,” Spanberger told a Politico conference on Dec. 11.

Spanberger may be the exception. Numerous other Democrats do not appear to be holding to their campaign vows on Pelosi. And with their first test of a campaign promise looming in the new Congress, Republicans are eager to pounce on any Democratic flip-floppers, particularly freshmen members, who face an awkward decision in the Jan. 3 speaker vote—break a vow to constituents or alienate party leadership.

“For many of these Democrats, their first act as a member of Congress will be to break a promise to their constituents,” Steve Guest, spokesman for the Republican National Committee, told Fox News. “We’ll be happy to remind their constituents of that every chance we get.”

Take Gil Cisneros, a congressman-elect from California. He pledged during the campaign “While I respect Leader Pelosi’s years of advocacy … it’s time for new leadership.” Yet Cisneros recently tweeted: “I will support and vote for Nancy Pelosi to be Speaker of the House.”

Spanberger and Cisneros are among at least 21 newly elected and returning House Democrats who pledged during the 2018 campaign to oppose the unpopular Pelosi, who has just a 34 percent favorable rating, according to a recent CNN poll. Out of those 21 Democrats, 13 were freshmen elected in November. Another, Rep. Conor Lamb, won a special election in Pennsylvania earlier this year. Another 19 Democratic candidates were non-committal during the campaign.

In mid-November,16 Democrats signed a letter stating they were “committed to voting for new leadership in both our Caucus meeting and on the House Floor.” But Pelosi negotiated a deal with skeptical Democrats to term limit herself and leadership to four years. It was enough to convince Cisneros and seven others who had signed November letter.

The five freshmen to sign the letter were Anthony Brindisi and Max Rose of New York; Joe Cunningham of South Carolina, Jeff Van Drew of New Jersey and Ben McAdams of Utah. Several freshman who vowed to vote against Pelosi did not sign the letter. Not every new member has been clear about their intentions. Brindisi and Rose said they still won’t back her in January despite the term limits.

Pelosi’s office did not respond to a Fox News inquiry for this story, but in a previous statement, Pelosi explained her plans to serve no more than four years. 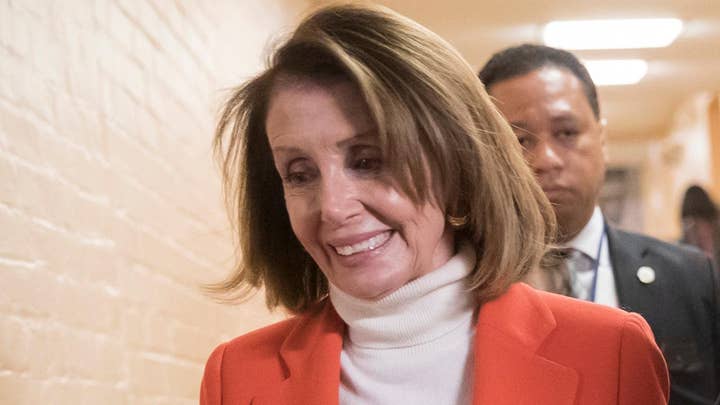 “Over the summer, I made it clear that I see myself as a bridge to the next generation of leaders, a recognition of my continuing responsibility to mentor and advance new members into positions of power and responsibility in the House Democratic Caucus,” Pelosi said in a statement.

“For some time, there have been a number of conversations to advance a proposal to institute term limits for senior leadership positions in our caucus,” Pelosi added. “This proposal, which was developed by members who care about the institution of the House of Representatives, would provide that members in senior leadership positions can serve three terms with an additional term with two-thirds support of the Caucus. It would include the two terms of the Democratic Majority from 2007 to 2011.”

After taking a beating in the 2018 midterm elections, many conservative relish the predicament for the newly-elected Democrats.

“If these Democrats vote for Pelosi, they will have some explaining to do,” Jason Pye, vice president for legislative affairs at FreedomWorks, a conservative advocacy group, told Fox News. “It will set the stage for further campaign promises to be broken for their first—and in some cases the only term. Pelosi is a polarizing figure in these Republican districts that Democrats won.”

Although 32 Democrats voted against Pelosi in caucus, Pye said no member should be able to use “a private vote hidden from the light of day” as an excuse to claim they kept a promise because it’s only the Jan. 3 vote that actually counts. 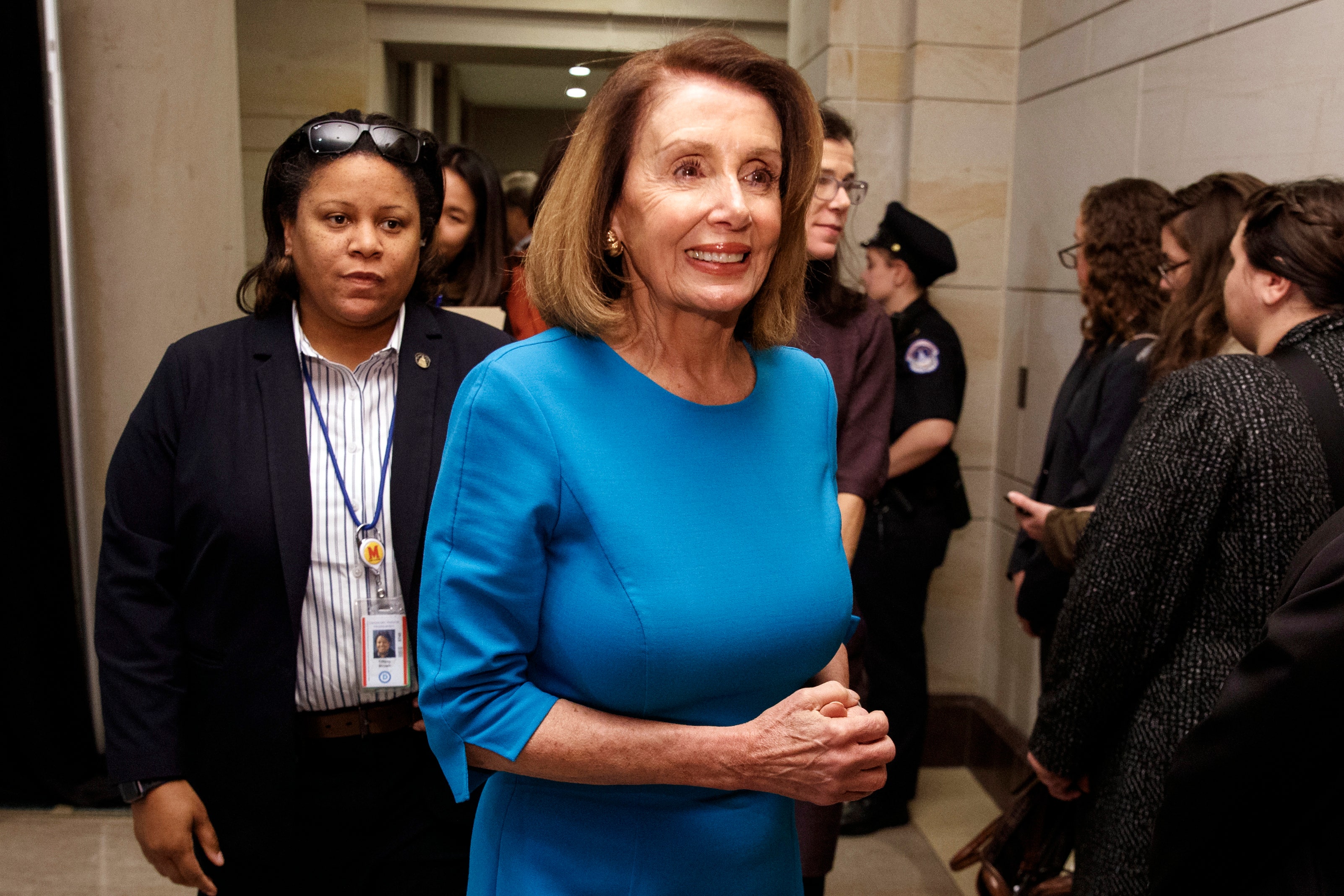 Who has Nancy Pelosi been able to win over in her quest for House Speaker?

Incoming freshman Democrat Mikie Sherrill of New Jersey said in May, “I won’t be supporting Nancy Pelosi for leadership either, because we know that the next 50 years aren’t going to look like the last 50 years, and we need a new generation of leaders who are going to bring forward fresh ideas as to how we move this country forward.”

However, after the caucus vote, she wasn’t clear cut on how she would vote in January.

“Back in May, I made a commitment to the residents of NJ-11 that I would seek new leaders in Congress who were going to help us move forward on the priorities here in our district,” she said. For that reason, today in caucus I did not support Nancy Pelosi for Speaker of the House.”

Jahana Hayes, an incoming Democratic freshman from Connecticut, said during a debate in August, “I would not vote for Nancy Pelosi.”

Unlike other Democrats, she didn’t even oppose her in the caucus, telling MSNBC before the caucus vote, “No one has asked me for a vote other than Nancy Pelosi and ….at this point, I think it’s unreasonable for anyone to expect a vote when they haven’t even asked, so I am prepared to support Nancy Pelosi in caucus tomorrow when votes are cast.”

As a candidate in July, Colorado Congressman-elect Jason Crow vowed: “I won’t be supporting Nancy Pelosi. I want new leadership to step up and move this country forward.” He recently said Pelosi’s concessions would not be enough to win his support.