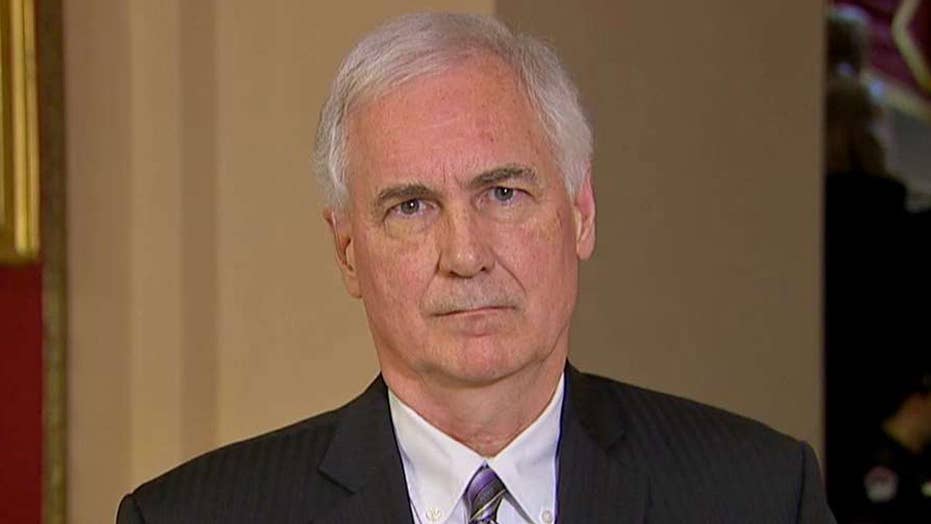 "The whole thing is a political exercise, and Jerry Nadler is not going to take this to court because he knows if he did, he would be completely humiliated," McClintock said while appearing on Fox News' "Outnumbered."

"He wants the grievance, not the substance," McClintock added. His comments came as Nadler vowed to "go to court" if needed in order to force testimony from McGahn. McGahn skipped the hearing after President Trump, who invoked executive privilege in ignoring subpoenas, told him not to attend.

“In short, the president took it upon himself to intimidate a witness who has a legal obligation to be here today,” Nadler said.

But McClintock told Fox News host Harris Faulkner that Trump's actions were nothing new. "Pretty much every president since Harry Truman has instructed his subordinates to ignore congressional subpoenas and the courts have backed them up every single time," he said.

The reason, he said, was that "The executive and legislative branches are independent, separate, and co-equal. I mean let's just put the shoe on the other foot, for example. Could President Trump compel Jerry Nadler's general counsel to come to the White House and testify under oath to his discussions with Jerry Nadler? Of course not."

McGahn's refusal seemed to stoke further speculation on whether Democrats would try to impeach the president -- a choice on which they seemed divided. Rep. David Cicillini, D-R.I., who serves on the Judiciary Committee, specifically said an impeachment inquiry was appropriate if McGahn refused to testify.

"They've been completely obsessing and absorbed by this issue," McClintock said, when asked about impeachment. He suggested that Judiciary Democrats spent too much time investigating Trump when they should be focusing on issues like immigration law.

"This is something that they've been clamoring for for the last two-and-a-half years, they will not accept the election of 2016 and this is all part of that narrative that will go on until 2020," McClintock said.