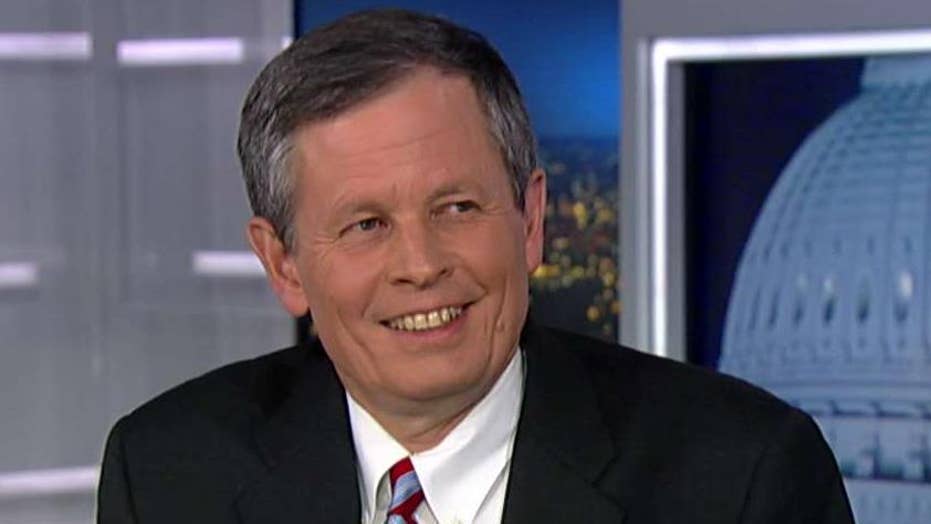 Daines confirms he will be present for Kavanaugh vote

Sen. Lisa Murkowski, R-Alaska, said Friday that she intends to vote “present” on the confirmation of Supreme Court nominee Brett Kavanaugh, so that Sen. Steve Daines, R-Mont., can attend his daughter’s wedding -- avoiding the need for a frantic flight to D.C. for the father of the bride.

Daines will walk his daughter down the aisle in Montana on Saturday, shortly before the crucial Senate vote to confirm Kavanaugh to the nation’s highest court. Republicans appear to have the votes to confirm Kavanaugh, but the confirmation will come down to perhaps one or two key votes.

Daines, who has said he will vote “yes” to confirm Kavanaugh, was preparing to hop on a plane -- offered by longtime family friend and colleague Rep. Greg Gianforte -- after his daughter’s vows to be able to fly back to Washington to cast a deciding vote if necessary.

But Murkowski said she is a “no” on the nomination but will “pair” her vote with Daines and be marked “present” instead, meaning that Daines can remain at the wedding and not have to rush back.

Pairing of votes in the Senate (sometimes called “live pairs”) is a rare but Senate accepted custom between senators on opposing sides of an issue so their votes essentially offset each other. They reach a gentleperson’s agreement to “pair” their votes if one of the senators will be absent.

"It will not change the outcome of the vote," Murkowski said. "But I do hope that it reminds us that we can take very small, very small steps to be gracious with one another. And maybe those small, gracious steps can lead to more." 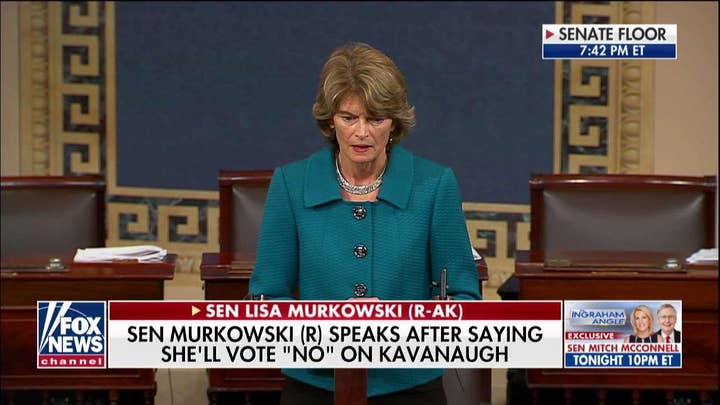 The outcome of the vote, expected to be either Saturday afternoon or evening, is likely to be 50-48 as a result. Kavanaugh’s confirmation appeared to be secured after undecided Sens. Susan Collins, R-Maine, and Joe Manchin, D-W.Va., said they would vote for Kavanaugh. Sen. Jeff Flake, R-Ariz., said he would vote for Kavanaugh “unless something big changes.”

On Friday, the Senate voted 51-49 to advance Kavanaugh’s nomination to a full Senate vote slated for Saturday afternoon around 3:30-4 p.m. ET. Daines was one of the ‘yea’ votes to end debate on the nominee.

“Just cast my vote for Judge Kavanaugh getting him one step closer onto #SCOTUS. We spoke last night, and I assured him, I will be back to vote YES this weekend if needed. Looking forward to calling Judge Kavanaugh, Justice Kavanaugh,” Daines tweeted Friday.