What could Mueller's final report reveal?

Special Counsel Robert Mueller and his team reportedly obtained a “nude selfie” during the process of investigating whether Russia colluded with the Trump campaign during the 2016 presidential election.

An attorney for Concord Management and Consulting LLC, a Russian firm that has been in the crosshairs of the Mueller team for allegedly interfering in the election, made the odd claim in court filings on Thursday.

“Could the manner in which he collected a nude selfie really threaten the national security of the United States?” lawyer Eric Dubelier asked in a filing that supports a motion to compel discovery.

"Could the manner in which he collected a nude selfie really threaten the national security of the United States?"

The firm also lashed out against the Mueller investigation, calling it a “first-of-its-kind, make-believe case” and claimed the special counsel has been seeking to “completely obliterate any remaining rights of Concord to defend itself, and in typical fashion provides only completely misleading case authority for the remarkable proposition that he should be able to continue to whisper secrets to the Court.”

“Since the Special Counsel has already gotten away with this once as he notes in his Motion, this Opposition is likely fruitless, but object we must both for Concord and every other defendant to whom the Special Counsel believes the laws and rules of the United States no longer apply to his novel adventures,” the filing added. 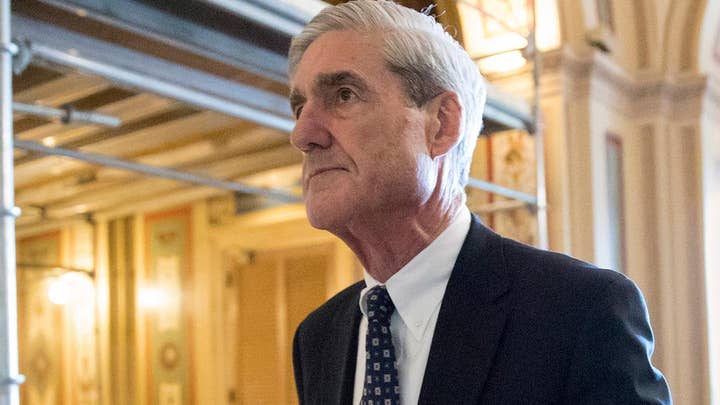 Dubelier went on to suggest that Mueller was illegally keeping “millions of pages of non-classified discovery” records from the defense and operates with utmost secrecy that “is not how criminal cases proceed in the United States,” according to Law & Crime.

At one point in the filing, the lawyer representing the Russian firm also taunted the special counsel’s legal knowledge for citing two other cases as relevant to this case.

“A first-year law student would likely question how [one such case] helps the Special Counsel here,” Dubelier wrote.

“Next it looks as if the Special Counsel tossed in [the other such case], just to have a case from this Circuit,” he added. “It is reasonable to ask if he just threw a dart at the Federal Reporter.”