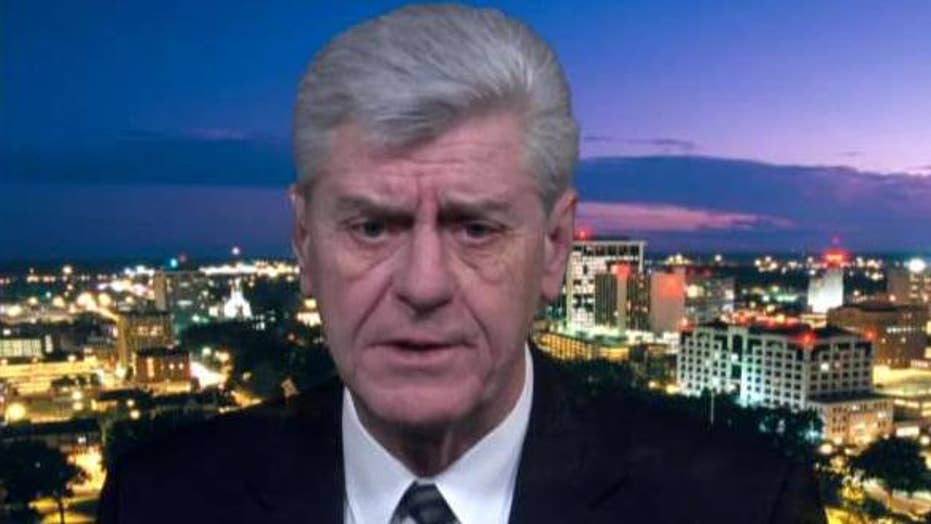 The new state law would prohibit an abortion after a fetal heartbeat is detected. Gov. Bryant defends the legislation on 'Fox &amp; Friends.'

Mississippi Republican Gov. Phil Bryant signed one of the strictest abortion laws in the nation on Thursday, outlawing most procedures once a fetal heartbeat can be detected.

The law would make it illegal for a woman to have an abortion after approximately six weeks of pregnancy.

The Center for Reproductive Rights called the bill “blatantly unconstitutional,” and has threatened to sue the state to block the law from going into effect on July 1.

“The term ‘heartbeat bill’ is a manipulative misnomer. These bills actually rob women of their choice to have an #abortion before they even know they’re pregnant,” the group tweeted this week.

“We will all answer to the good Lord one day. I will say in this instance, ‘I fought for the lives of innocent babies, even under the threat of legal action,” Bryant responded.

Mississippi is just the latest in a growing list of Republican-led states considering similar actions this year.

The Ohio legislature proposed a similar measure during former Gov. John Kasich’s term. Kasich vetoed the proposal, but the new Republican Gov. Mike DeWine, has indicated he will support the bill. The measure passed the Ohio Senate last week.

In New York, non-doctors are now allowed to conduct abortions and the procedure can be done until the mother's due date if the woman's health is endangered or if the fetus is not viable. The previous law only allowed abortions after 24 weeks of pregnancy if a woman's life was at risk.