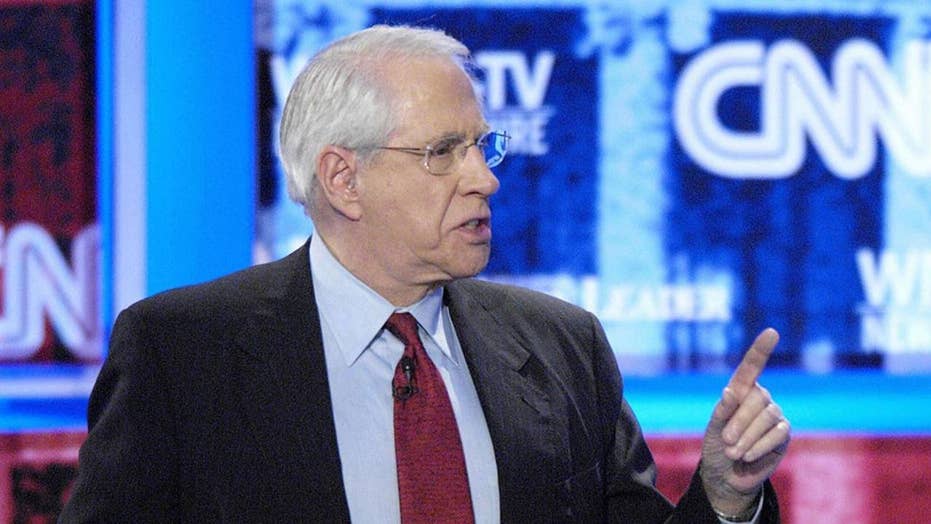 Former Senator Mike Gravel has filed to run for president but intends to drop out of the race after the debates, according to the campaign.

Former Sen. Mike Gravel of Alaska, 88, has filed to run for president -- but apparently has no intention of winning, the Democrat's campaign team told Fox News on Tuesday.

Gravel’s Twitter account posted, “It. Is. On. Sen. Mike Gravel has officially filed to run for president. Our only aim is pushing the field left by appearing in the Democratic debates. Donate as little as you like, but help us get to the necessary 65k donors! Official launch is April 8.”

The announcement came a month after college-age fans eager to push the party further to the left started boosting the longshot candidate's Twitter cred. Gravel has not run for president since 2008, and he hasn’t been a senator since 1981.

A campaign spokesperson told Fox News: “I'd like to add that our goal is 65,000 donors to qualify the senator for the debate; the senator is planning to drop out after that and endorse the most progressive candidate. Oh, and none of the senior staffers (like myself) are getting paid. Money will go toward basic campaign expenses, and all leftover funds will be donated to get Flint clean water,” referring to the crisis in the Michigan city that began in 2014.

His controversial past already is leaping to the fore.

Vice reported last month about claims that Gravel is a left-wing 9/11 truther, believing the infamous terror attacks were an inside job.

The Jewish Worker reported about claims that Gravel was linked to conspiracy theorists who support anti-Semitism, such as appearances on a podcast by known Holocaust denier Kevin Barrett.

Staffers in charge of his Twitter account told Fox News: “The Vice piece neglects to note that this pales in comparison to other candidates... We disagree with Senator Gravel on this specific issue. Whatever you think of these views, they have never killed anyone or imprisoned anyone unjustly.”

They added: “The Jewish Worker piece has been updated. We think their analysis has been fair and they've been judicious in allowing us to respond. Senator Gravel has unequivocally denounced Mr. Barrett.”