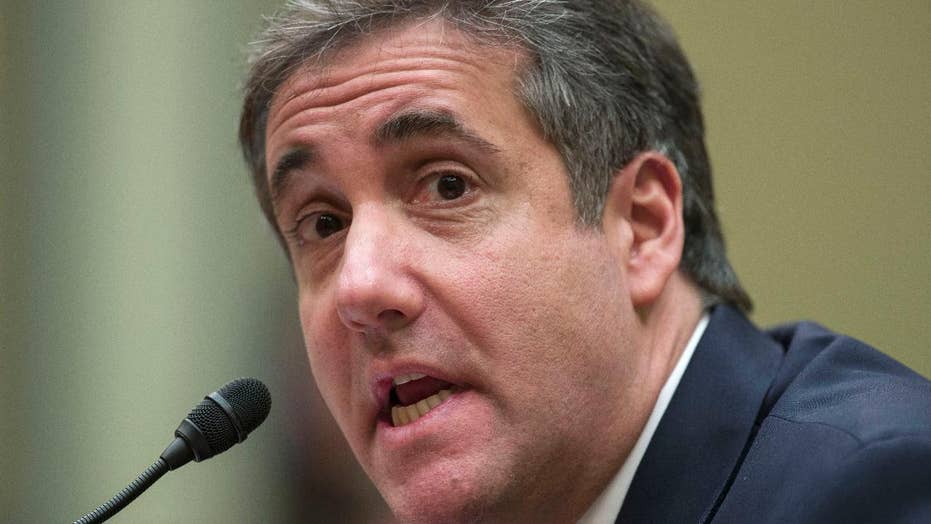 The resolution, rolled out by freshman Republican Rep. Mark Green of Tennessee, requests that the transcript of Cohen’s Feb. 27 interview before the committee be submitted for review to Attorney General Bill Barr.

"If Chairman Cummings fails to refer Mr. Cohen to the Department of Justice for perjury, it will forever mar the reputation of the oversight committee and call into question the integrity of the entire House. Mr. Chairman, do what you said you'd do and hold Mr. Cohen accountable for lying before our committee," Green said Wednesday.

“Chairman Cummings promised the American people that if Michael Cohen lied, he’d hold him accountable and I quote ‘nail him to the cross’ end quote,” Green added. “But 43 days later, nothing from Chairman Cummings. ... It appears they’re perfectly okay with witnesses lying to them as long as it supports their anti-Trump agenda.”

Green called for a vote on the floor to “allow this resolution” to refer Cohen to the Justice Department.

“Let’s give the entire body the opportunity to do what they said they were going to do,” House Minority Leader Kevin McCarthy, R-Calif., told reporters.

House Minority Whip Steve Scalise, R-La., blasted Democrats for bringing Cohen before the panel as their "star witness" after he pleaded guilty to lying to Congress, as part of Special Counsel Robert Mueller's Russia investigation.

The measure is unlikely to advance in the Democrat-controlled House but represents the latest effort by Republicans to call Cohen's testimony -- in which he called Trump a “racist,” a “conman” and a cheat” -- into question, as he continues to reach out to congressional Democrats.

Cohen’s legal team, just last week, penned a letter to House Oversight Committee Democrats saying that he was still sorting through documents in his personal files that might be of interest to them in their investigations into President Trump, including emails, voice recordings, images and other documents on a hard drive.

“To date, Mr. Cohen has located several documents that we believe have significant value to the various congressional oversight and investigation committees,” Cohen’s attorneys Lanny Davis, Michael Monico, and Carly Chocron wrote in the letter, pleading with House Democrats to help keep Cohen out of prison.

"It is our hope that the authorities in the Southern District of New York will consider this total picture of cooperation by Mr. Cohen, verified by your letter and the important new evidence he has made available or could make available to assist the government, and the particular facts involved here to grant Mr. Cohen a reduced term following the rules and procedures of the Southern District of New York,” they wrote.

The resolution also comes after mounting requests by top Republicans on the committee—including Ranking Member Jim Jordan, R-Ohio, and Rep. Mark Meadows, R-N.C. The pair referred Cohen to the Justice Department in February for alleged perjury, claiming that he lied during sworn testimony before the panel about a number of issues, including his ambitions to work in the Trump administration and contracts with foreign entities.

Meadows, chairman of the House Freedom Caucus, also filed a criminal referral for Cohen in February, claiming that he violated the Foreign Agents Registration Act (FARA) by not disclosing his foreign contracts.

Cohen, who is slated to report to prison for three years next month as part of his guilty plea related to Mueller’s investigation and the criminal investigation into his personal business dealings led by the U.S. Attorney’s Office of the Southern District of New York, was challenged over several claims made in his testimony.

One was his assertion that he “never asked for, nor would [he] accept, a pardon from Mr. Trump.”

Last month, though, Davis said that Cohen was “open to the ongoing ‘dangling’ of a possible pardon by Trump representatives privately and in the media.” Davis also said that Cohen “directed his attorney to explore possibilities of a pardon at one point with Trump lawyer Rudy Giuliani as well as other lawyers advising President Trump.”

Davis, defending his client’s credibility, did say, however, that since July 2, 2018, when he began representing Cohen, he has said that he “would never accept a pardon from President Trump even if offered.”

“That continues to be the case,” Davis said. “And his statement at the Oversight Hearing was true—and consistent with his post joint defense agreement commitment to tell the truth.”

Meanwhile, Cohen has been criticized for his statements about potentially working in the Trump White House. During the hearing last week, Jordan accused Cohen of turning on the president because he didn’t land a job at the White House. Cohen denied this, saying he just wanted to be “the personal attorney to the president.”

“I got exactly what I wanted,” Cohen testified.

Shortly afterward, Davis acknowledged that Cohen was, in fact, at one time considering the possibility of working in the White House. “The fact is, early on, Michael Cohen speculated about a possible position in the White House,” Davis said in a statement. “But after he consulted with his family and friends, he decided that he preferred to stay at home in New York City and be ‘personal attorney to the president.’”

Another inconsistency is related to the Trump Tower project in Moscow. Cohen is going to jail, in part, for lying to Congress during a closed-door hearing with the Senate Intelligence Committee in 2017 about the timeline of communications with Russia about the project. Cohen initially told the committee communications ended before the first contest in the 2016 primary season but later admitted they continued through June 2016, after Trump had become the Republican nominee.

During the February hearing, Cohen told the committee that Trump’s attorneys, including Jay Sekulow, reviewed and edited the statement he provided to Congress in 2017 about the project, including concerning the timeline of discussions. But Sekulow said in a statement after the hearing that the “testimony by Michael Cohen that attorneys for the President edited or changed his statement to Congress to alter the duration of the Trump Tower Moscow negotiations is completely false.” 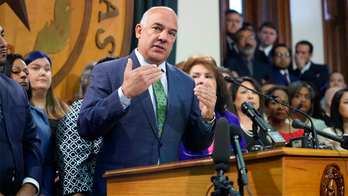 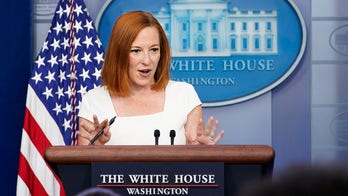