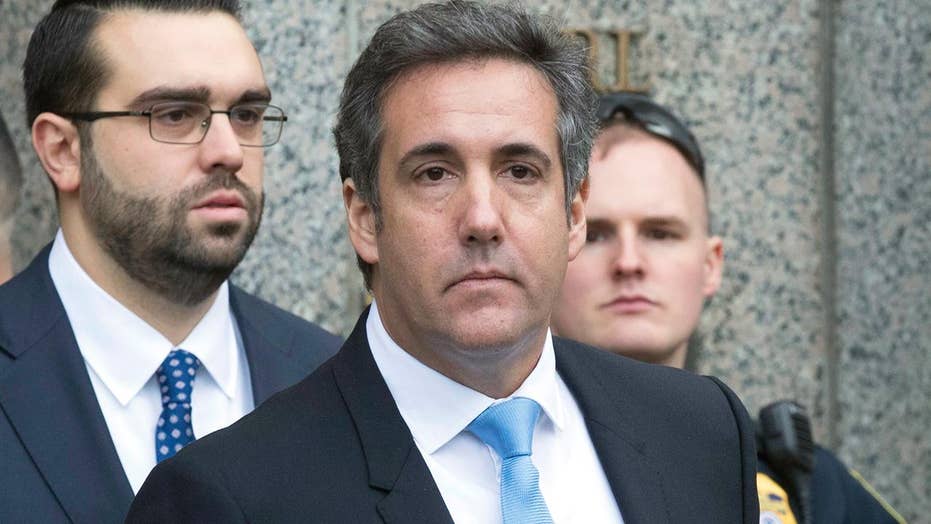 The high-profile Monday court hearing tied to the FBI raid on President Trump's personal attorney sets up what could be a drawn-out battle over access to the seized materials.

U.S. District Judge Kimba Wood will decide later this week how to proceed regarding the files and devices taken during the raid on Michael Cohen's properties.

Wood instructed prosecutors to share all seized documents with Cohen's legal team through a searchable database. Prosecutors are expected to let Wood know Wednesday how long it will take to share the documents.

After the material is shared, Cohen’s lawyers will review the material with Trump’s counsel and bring back to the court information that they consider privileged.

The approximate number of privileged materials among the seized documents is needed before Wood can determine whether to appoint a neutral, third party to review the documents.

Wood, 74, said she has faith in the Justice Department’s “taint team” in handling the seized information, but she didn’t completely rule out a request from Cohen to have a "special master" weigh in. However, she declined to let Cohen’s team review the material before prosecutors, a setback for Trump’s legal team.

After my name was mentioned in court proceedings, there was wild media speculation about my connection to President Trump's personal attorney.

Cohen’s lawyers had cited attorney-client privilege when asking to review the documents first.

In a surprise twist Monday, Cohen’s attorney also revealed who his third client is, apart from Trump and a GOP fundraiser: Fox News’ Sean Hannity.

Fox News said in a statement released Tuesday: "While FOX News was unaware of Sean Hannity's informal relationship with Michael Cohen and was surprised by the announcement in court yesterday, we have reviewed the matter and spoken to Sean and he continues to have our full support."

Hannity on Monday stressed that Cohen did not formally represent him.

“Michael Cohen has never represented me in any matter,” Hannity said in a statement. “I have never retained him, received an invoice or paid legal fees. I have occasionally had brief discussions with him about legal questions about which I wanted his input and perspective. I assumed those questions were confidential, but to be absolutely clear they never involved any matter between me and a third party.”

Hannity clarified on Twitter that his discussion with Cohen involved real estate.

Cohen, 51, is the president’s attorney who previously worked for the Trump Organization. He is under a criminal investigation as part of a grand jury probe into his personal conduct and business dealings, including a $130,000 payment made in 2016 to adult film star Stormy Daniels for her silence regarding an alleged sexual encounter with Trump in 2006 while he was married.

Aside from the Daniels payment, the federal raid on Cohen’s home and office also sought bank records, information on Cohen’s dealings in the taxi industry and his communications with the Trump campaign. He has not been charged with anything.