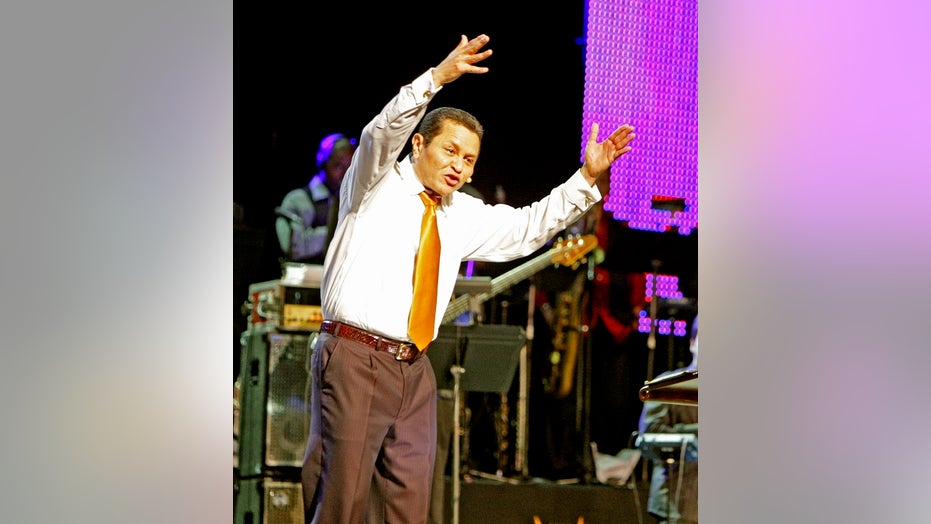 A Miami pastor whose megachurch will host President Trump's rally on Friday pledged undocumented immigrants will not be at risk for deportation if they attend.

Pastor Guillermo Maldonado told an audience during a Sunday Spanish-language service that he's heard concerns from hundreds of parishioners about the rally.

Guillermo Maldonado, pastor of King Jesus International Ministry Church, speaks to the crowd, Friday, Oct. 9, 2009 in Miami. Maldonado will host President Donald Trump at a rally this week. He is guaranteeing that parishioners who entered the U.S. illegally won't risk deportation by attending. (Charles Trainor Jr./The Miami Herald via AP)

Some have asked how could he bring Trump to the church, given the president's hardline immigration policies and that some who attend services there lack proper immigration papers.

"I ask you: Do you think I would do something where I would endanger my people? I’m not that dumb,” Maldonado told parishioners of Trump planned Friday visit to the King Jesus International Ministry.

The church in West Kendall, south of Miami, was chosen by Trump to host 70 Christian pastors for the “'Evangelicals for Trump’ Coalition Launch.”

Maldonado tried to quell fears raised by his congregation because of the Trump administration's immigration raids, the Miami Herald reported.

“I don’t think the president would do such a thing,” Maldonado said. “Don’t put your race or your nationality over being a Christian. Be mature ... If you want to come, do it for your pastor. That’s a way of supporting me.”

He said the church is not organizing or financing the event. Anyone who wants to attend must pre-register.