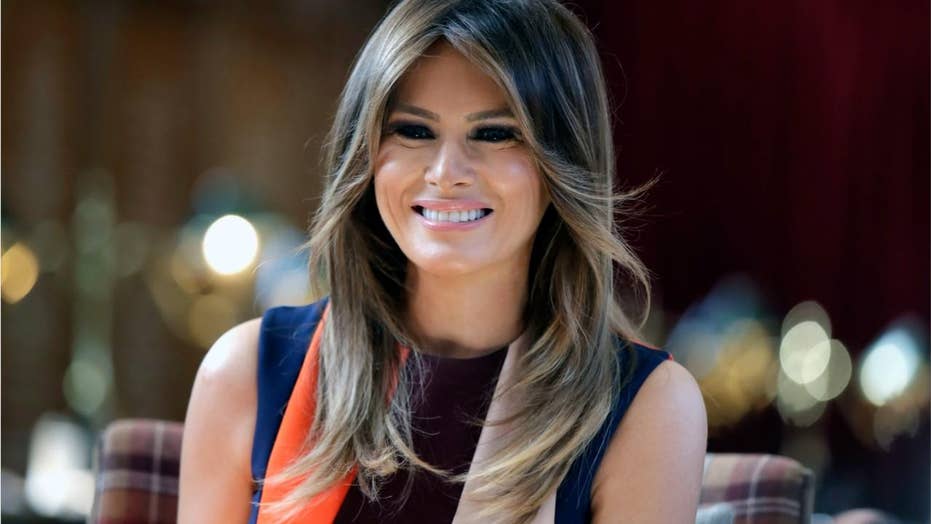 First lady Melania Trump's plane landed safely after it was forced to return to Joint Base Andrews due to a 'mechanical issue.'

First lady Melania Trump's plane was forced to return to Joint Base Andrews due to a "mechanical issue" Wednesday morning.

A few minutes after takeoff, those aboard the C-32A aircraft observed a thin haze of smoke coming from the cabin and smelled something burning, officials said. Secret Service agents rushed to the front of the plane, and press were handed wet towels to hold over their faces in case the smell was too strong.

The plane landed safely at Andrews shortly after 9 a.m. ET. Trump was on her way to the Thomas Jefferson University Hospital in Philadelphia to meet with families affected by neonatal abstinence syndrome. After the brief stop back at the base, the first lady departed once again for Philadelphia on a C-40 aircraft.

Stephanie Grisham, the first lady's spokeswoman, confirmed "everything is fine and everyone is safe" after the plane returned.

The plane FLOTUS was traveling on was a Boeing VC-35A, the military version of the 757. According to Planespotters.net, the airframe is 20 years old and was built in 1998.