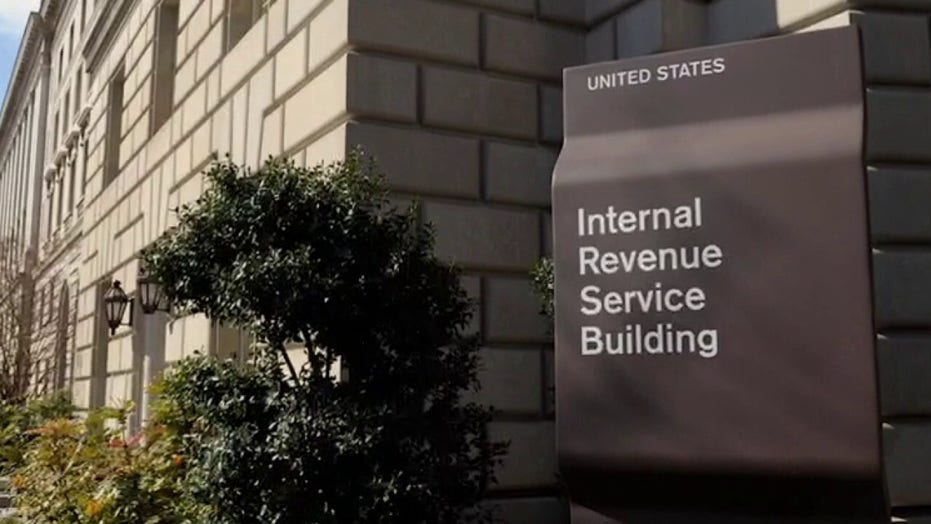 The subject of Internal Revenue abuse is back

EXCLUSIVE: Senate Minority Leader Mitch McConnell and Republican Sens. Chuck Grassley and Mike Crapo are demanding the Justice Department and the FBI investigate the disclosure of confidential tax information of some of the country’s wealthiest taxpayers.

They're insisting those responsible be prosecuted and "punished to the furthest extent the law permits."

Fox News obtained the letter McConnell, Grassley, the top Republican on the Senate Judiciary Committee, and Crapo, the top Republican on the Senate Finance Committee, sent to Attorney General Merrick Garland and FBI Director Christopher Wray, after a ProPublica report revealed what it called the low "true tax rate" in the U.S. paid by the world's wealthiest people, such as Warren Buffett (0.1%), Jeff Bezos (0.98%), and Elon Musk (3.27%).

The report cited "an anonymous source who provided us with large amounts of information on the ultrawealthy, everything from the taxes they paid to the income they reported to the profits from their stock trades." The outlet did not reveal its source and only indicated it received the information unsolicited "in raw form."

"Paying one’s taxes is a civic duty, and that duty requires taxpayers to disclose to the IRS deeply personal financial information," they wrote to Garland and Wray, including "where they work or what they do to earn their living, how much money they make, how much they spent on health care and child care, the size and contents of their retirement funds, the property they own, they charities to which they donated, and the persons to whom they are indebted."

"Taxpayers have the right to expect that any information they provide to the IRS will not be disclosed unless authorized by the taxpayer or by law," they noted.

But McConnell, Grassley and Crapo not only took issue with the leak and subsequent publishing of the tax information, but also the timing of the report.

"The timing of the publication was almost too uncanny to be a coincidence," they wrote, noting that "mere hours" after the report was made public, the Senate Finance Committee held a hearing to consider President Biden’s proposed 2022 budget for the IRS, which included "significant increases in funding for enforcement and proposals to reform the tax system."

While the "immediate victims" of the "criminal disclosure" are among America’s "richest and most powerful citizens," McConnell, Grassley and Crapo said they "are far more alarmed" by what the incident means for "everyday Americans, as well as for the public confidence necessary to make the tax system work."

"The unpunished violation of section 6103 to advance a political agenda related to tax policy will beget continued invasion of Americans’ privacy to advance all manner of partisan objectives," they wrote. "Ordinary Americans who turn over their personal information to the IRS because they will go to jail if they don’t, have every reason to fear that they may too become a victim to the political machinations of activists inside and outside of the IRS."

McConnell, Grassley and Crapo said "the risk is not hypothetical," warning that "conservatives in particular have reason to fear that their tax information will be a weapon used against them because of their politics," citing the IRS targeting of conservative groups during the Obama administration.

But the Republicans also acknowledged the possibility that the leak could have been driven by non-political motivations within the agency, and instead by malign foreign actors.

"Also deeply troubling is the possibility that this disclosure is the result of a breach of IRS systems by an outside party, potentially even a hostile foreign entity," they wrote, again noting that ProPublica "asserts it has no idea who the anonymous source is."

"Worse, the full scope of the information actually in ProPublica possession is unknown, meaning that the full universe of taxpayer information is at risk," they warned.  "If someone has hacked the IRS, the immediate identification and disruption of the responsible party must be a top priority for the FBI and the Department of Justice."

They added that such a breach would call for a "comprehensive security review and overhaul of the systems and protocols in place for protecting Americans’ most sensitive data."

"Deliberate weaponization of such data by any individual or individuals from within the IRS would certainly be a betrayal of public trust," they wrote. "But theft of those data by an external malicious actor is not a comforting alternative."

McConnell, Grassley and Crapo, though, said the "wanton and criminal abuse of the tax system disproportionately – indeed, exclusively – advances the objectives of the political left in this country."

Last month, McConnell and GOP Sen. Mike Braun introduced legislation – the "Don’t Weaponize the IRS Act" – which would ensure that certain tax-exempt groups are no longer required to provide the names and addresses of major donors on annual returns filed with the IRS. Fox News first reported on the legislation.

MCCONNELL, BRAUN ROLL OUT BILL TO PREVENT DEMOCRATS FROM ‘WEAPONIZING’ THE IRS TO TARGET CONSERVATIVES

Republicans say "governments cannot be trusted to protect such information from misuse by the political left."

The Republican senators demanded that those who unlawfully disclosed the tax information "go to jail," citing the "serious criminal penalties" Congress imposed on illegal disclosures of tax information.

"We therefore demand that you do your jobs: Find those responsible for these disclosures and ensure they are punished as directed by law," they wrote. "Unless you do, ordinary Americans will fall victim to these politicized and criminal disclosures, and trust in the IRS and our tax system will continue to erode."

The letter to the DOJ and the FBI comes days after IRS Commissioner Charles Rettig told lawmakers that an investigation inside the agency is underway to see if it was illegally obtained, such as from an IRS employee or someone who hacked the tax agency.

The ProPublica report revealed what it called the low "true tax rate" in the U.S. paid by the world's wealthiest people, such as Warren Buffett (0.1%), Jeff Bezos (0.98%), and Elon Musk (3.27%). It cited "an anonymous source who provided us with large amounts of information on the ultrawealthy, everything from the taxes they paid to the income they reported to the profits from their stock trades." The outlet did not reveal its source and only indicated it received the information unsolicited "in raw form."

Meanwhile, the "Don’t Weaponize the IRS Act," was drafted due to provisions under H.R. 1, which would permit the IRS to investigate and consider the political and policy positions of nonprofit organizations before granting tax-exempt status, which Republicans argue would enable IRS officials to target organizations engaging in First Amendment activity with "disfavored views."

"We saw during the Obama years that the IRS was used as a political weapon to target conservative nonprofits, and under H.R.1 the Biden IRS would be empowered to block tax-exempt status and publicly expose a group’s donors to harassment from liberal groups and the media if their beliefs are deemed to be politically unfavorable," Braun, R-Ind., told Fox News.

"This bill will prevent the IRS from being weaponized against conservatives like it was under President Obama," Braun added.

The Trump administration, after years of litigation, in 2017, settled lawsuits with Tea Party and other conservative groups who say they were unfairly targeted by the IRS under the Obama administration.

The targeting scandal drew heavy attention in 2013 after the IRS admitted it applied extra scrutiny to conservative groups applying for nonprofit status. Lois Lerner, then head of the Exempt Organizations unit responsible, became the public face of the scandal, though many other IRS officials were also involved.

In a 2017 settlement, the IRS offered an apology, saying the agency "admits that its treatment of Plaintiffs during the tax-exempt determination process, including screening their applications based on their names or policy positions, subjecting those applications to heightened scrutiny and inordinate delays, and demanding some Plaintiffs’ information that TIGTA determined was unnecessary to the agency’s determination of their tax-exempt status, was wrong."

"For such treatment, the IRS expresses its sincere apology," the IRS said at the time.