The New York Times getting panned for its Mara Gay defense, a case of mistaken identity at Vice President Harris’ press conference, and a White House press corps flight being delayed by cicadas round out today’s top media headlines

Some critics are pointing to another example of Big Tech applying a double standard after Twitter allowed ProPublica to share its story of a secret trove of Internal Revenue Service data on some of the world's wealthiest people.

While Twitter blocked users from sharing a New York Post story on published emails allegedly from Hunter Biden's laptop, ProPublica did not face similar consequences despite sharing what could be illegally leaked private information. IRS Commissioner Charles Rettig told lawmakers Tuesday that an investigation is underway to see if it was illegally obtained, such as from an IRS employee or someone who hacked the tax agency.

The ProPublica report revealed what it called the low "true tax rate" in the U.S. paid by the world's wealthiest people, such as Warren Buffett (0.1 percent), Jeff Bezos (0.98 percent), and Elon Musk (3.27 percent). It cited "an anonymous source who provided us with large amounts of information on the ultrawealthy, everything from the taxes they paid to the income they reported to the profits from their stock trades." The outlet did not reveal its the source and only indicated it received the information unsolicited "in raw form."

"Many will ask about the ethics of publishing such private data. We are doing so — quite selectively and carefully — because we believe it serves the public interest in fundamental ways, allowing readers to see patterns that were until now hidden," the left-leaning nonprofit reported.

While the story was shared without action from Twitter this week, Twitter took the unprecedented step in October of blocking or limiting users from sharing the New York Post's story on the alleged contents of Hunter Biden's laptop. Twitter said it violated the company's policy against sharing hacked materials. In another statement, it said articles by the Post "include personal and private information — like email addresses and phone numbers — which violate our rules." Twitter also locked the Post's account and only lifted the ban after a weeks-long standoff.

Andy Grewal, a law professor at the University of Iowa, wondered Tuesday on "what basis should BigTech have censored the NYPost story on Hunter Biden's emails, but allow free sharing of the ProPublica tax report." He assured followers he didn't think either should be suppressed.

ProPublica promoted the story as one that comes at a "crucial moment" politically, noting President Biden's desire to hike taxes on the wealthy.

"Wealth inequality has become one of the defining issues of our age. The president and Congress are considering the most ambitious tax increases in decades on those with high incomes," it reported. 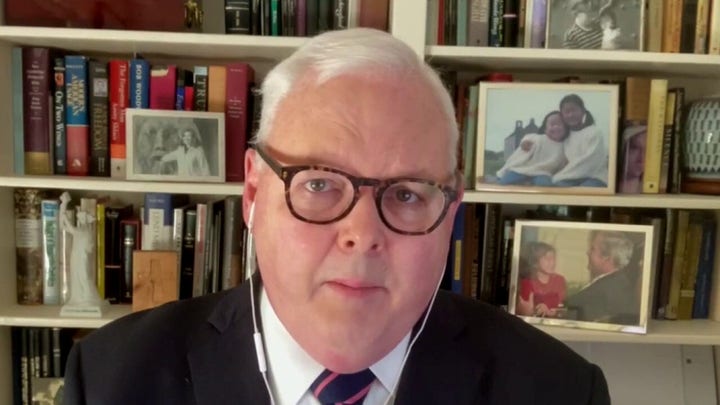 The Wall Street Journal's Bill McGurn told "The Faulkner Focus" the leak of the wealthy's tax data might be connected to the Democrat policy initiative.

"This is really seedy," he said. "It's also a crime to leak or hack into confidential information, and to do it for political purposes is really slimy."

Conservative writer Ed Morrissey wrote in HotAir that ProPublica appeared to have enabled an illegal leak to "expose legal behavior" by wealthy entrepreneurs.

"I'm not sure it was worth whoever leaked this going to prison in order to reveal mainly that you don't pay capital gains taxes on stocks until you sell them," journalist James Surowiecki tweeted.

Washington Post columnist Megan McCardle also thought the story would be more revealing. Instead, she too wondered how ProPublica received the data.

"It turns out that billionaires are very good at reducing their taxable income. Who knew?" the Wall Street Journal editorial board sarcastically asked.