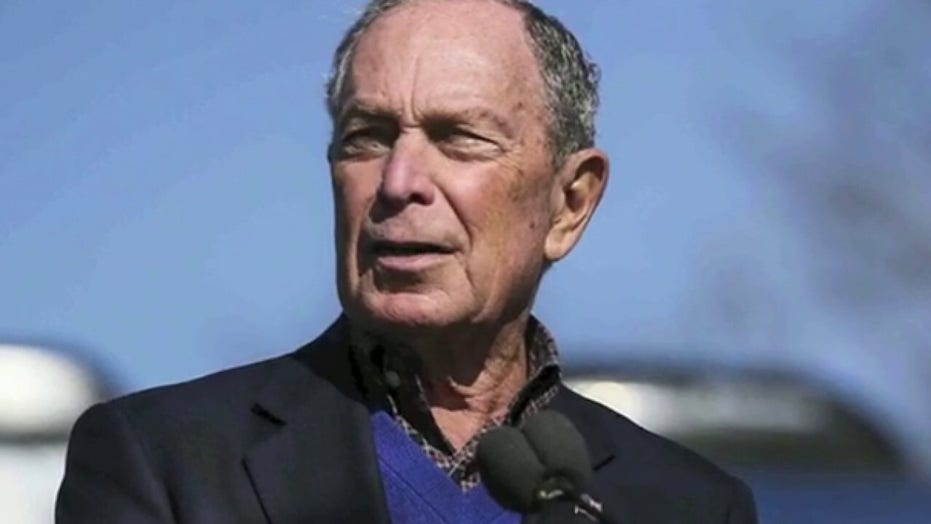 House Minority Leader Rep. Kevin McCarthy, R-Calif., responding to a report that Michael Bloomberg may choose Hillary Clinton as a running mate by claiming it reveals that the former New York City mayor lacks confidence in his ability to defeat Hew Hampshire primary winner Sen. Bernie Sanders, I-Vt, on an even playing field.

McCarthy, talking to Fox News' "Sunday Morning Futures," cited controversy over the 2016 Democratic nomination, where Sanders fell to Clinton, only for evidence to come out later suggesting that the Democratic National Committee was working with Clinton's campaign.

"First it tells you that Bloomberg realizes he cannot win the nomination against Bernie without cheating, so he's going to bring Hillary in," McCarthy said, "'cause remember, Hillary cheated Bernie last time to win the nomination."

RCP REPORTER: BIDEN DROPPING IN NEVADA, BLOOMBERG 'VERY HAPPY' WITH HOW ELECTION IS PLAYING OUT

"Secondly, it tells you about Bloomberg himself that he believes he can manipulate democracy. Remember what he did as mayor. He got the city to change term limits. He doesn't believe the Twelfth Amendment applies to him; he'll just move to Colorado."

McCarthy was referring to how Bloomberg and Clinton both live in New York, while the Twelfth Amendment says that a state's electors in a presidential election can only vote for a president and vice president provided "one of whom, at least, shall not be an inhabitant of the same state with themselves." That means that New York's electoral votes would not be permitted to go to a Bloomberg/Clinton ticket if they are both New York inhabitants.

According to the Drudge Report, Bloomberg would get around this restriction by changing his residence to Florida or Colorado.

McCarthy also asserted that if the Democratic Party gets behind Bloomberg -- who is sinking hundreds of millions of dollars of his own fortune into his campaign -- it will undermine their own principles regarding wealth and spending.

"And thirdly, it also means something different. The hypocrisy of Democrats themselves. They cry about money, but they took more than $100 million from Bloomberg last time to buy Congress," he said, also accusing Sanders of being "a millionaire who doesn't believe anybody else should have money."

"It's just those three major things that is wrong with this Democratic party," he said, stating it is why President Trump will win regardless of who he is up against in November.