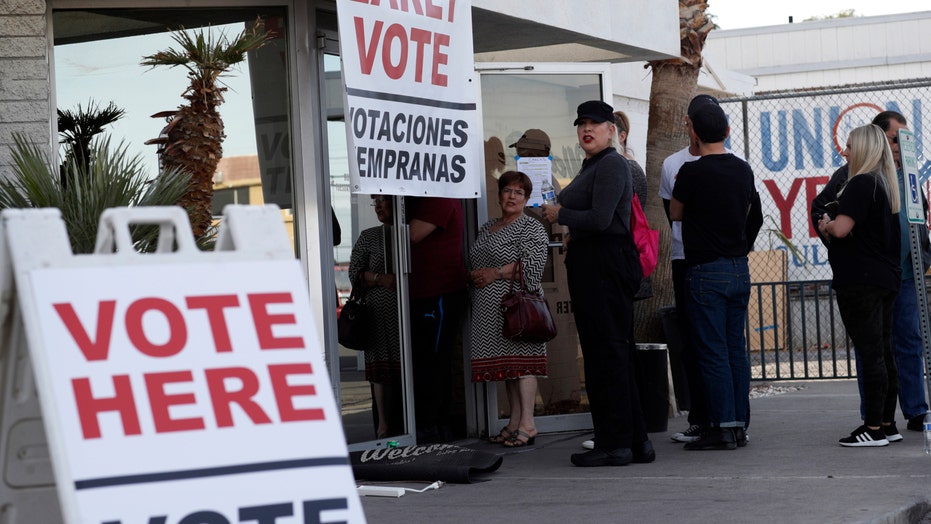 2020 Democrats campaign in Nevada as early voting gets underway

"But if you look at that polling, what it shows is that Joe Biden was once in first place in Nevada. Now he's trailing in second to Bernie Sanders, a trend that is reflected in our national data at RealClearPolitics," Wegmann said. "And I think that the reason here is that, you know, Joe Biden had those two losses and that also there are a lot of Democratic voters who feel like they now have permission to vote for Bernie Sanders because of his strong wins in Iowa and New Hampshire."

Wegmann also reacted to reports that former New York City Mayor Michael Bloomberg, who is not on the ballot until Super Tuesday, is considering 2016 nominee Hillary Clinton as his running mate.

"I think what it generally shows, because we can't confirm that yet... It shows that Michael Bloomberg and his team are very good at inserting himself into the conversation," Wegmann said.

"Remember, this is someone who really has not had much support in any of these states thus far, but what he's even able to do with his billions of dollars and with his campaign infrastructure, he's been able to insert himself into national news and really, at least on paper, create a campaign that could potentially compete anywhere," he said.

The RCP reporter also said the Bloomberg campaign was "very happy" with its strategy and would very much like to face Bernie Sanders one-on-one in the latter part of the primaries.

"And if you talk to the Bloomberg campaign, they're very happy with what's going on right now because they feel like Joe Biden is imploding. And they also feel like Amy Klobuchar and Pete Buttigieg are not necessarily the alternatives needed to go up against Bernie Sanders," Wegmann said. "But make no mistake, [Bloomberg] would love nothing more than to run against the Democratic socialist for the nomination."