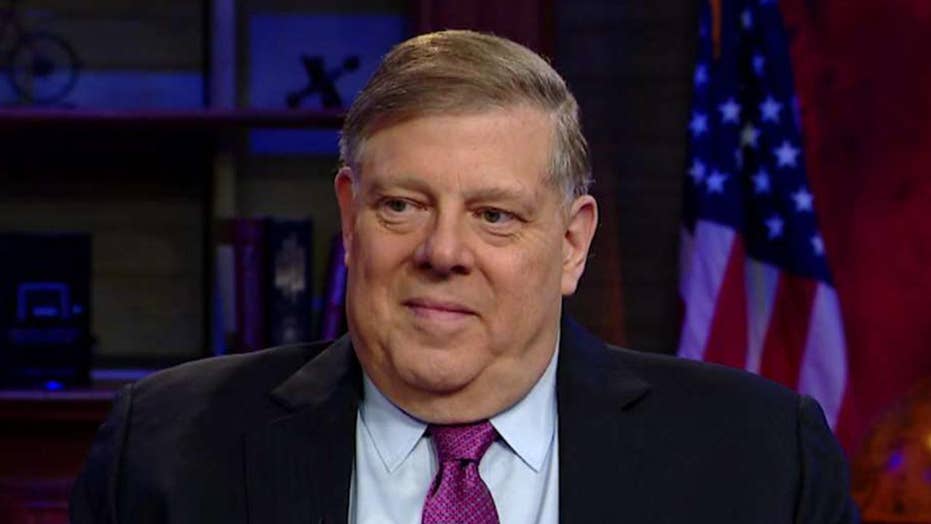 Democrats have a duty to move past the Mueller report and focus on legislating, says former Clinton pollster Mark Penn.

There would be calls for President Trump's impeachment if he investigated lawmakers as fervently as they've probed him and his family, Mark Penn claimed.

Penn, a former Clinton pollster, made the remarks in an interview airing Sunday on "Life, Liberty & Levin."

He said he believed the numerous investigations led by congressional Democrats into Trump, his family and his administration have blurred the lines between "legitimate legislative inquiry" and "government-financed opposition research."

Penn claimed the voters understand that a thorough investigation by Special Counsel Robert Mueller "is enough."

"Now saying: 'Hey let's get some of these tax returns -- oh, let's get the tax returns of their children, their family. Let's go back in history,' that's government-financed opposition research, that's not legitimate legislative inquiry," he said.

"It'll be very hard, I think, for the courts to sort this out."

Penn claimed some Democratic House committee chairs who are investigating Trump or seeking personal data like tax returns have made statements that "indict the purpose" of their probes.

"If the courts were willing to use some statement that Donald Trump made on the campaign trail, they have hundreds and hundreds of statements that these congressmen -- and particularly Nadler and Schiff -- have made that really indict the purpose of these investigations as nothing more but going after people who are associated with Trump just because they are working for the president," Penn said. "And, going after Trump and his entire family in ways that are unprecedented -- in ways that we would normally have impeached people for."

"If the president of the United States did the reverse, and ordered up all the tax returns of everybody in Congress, and started to look into all the business affairs of those folks in Congress, how long would he be president? He'd be impeached, right then and there."

Last month, Nadler accused the White House of "stonewalling" his committee's investigation by asserting executive privilege in not complying with subpoenas.

"They are uniformly rejecting subpoenas from Congress. This means that they have decided to oppose the role of Congress as a coordinate branch of government representing the American people," Nadler said.

Nadler later said in an interview there "certainly is" justification for impeachment proceedings, but added the American people must agree with that view before further steps are taken.

In an interview with HBO's Bill Maher, Schiff hedged when asked about impeaching Trump, telling the comedian he'd rather see the American people "vote his a-- out."