Maxine Waters Tells Democrats to 'Get Ready for Impeachment'

A California man was expected to plead guilty this week to threatening to kill U.S. Rep. Maxine Waters, D-Calif., over her vocal opposition to President Donald Trump.

Anthony Scott Lloyd, 45, faces a single count of threatening a U.S. government official and could get up to 10 years in prison and a $250,000 fine, the Los Angeles Times reported.

The man allegedly left a voicemail last year at Waters’ office in Washington, D.C., referring to the congresswoman with a racial epithet and anti-gay slur.

“If you continue to make threats towards the president, you’re going to wind up dead, Maxine, ’cause we’ll kill you,” he allegedly said in the voicemail.

Waters’ office personnel reported the threat to the police, who referred the case to the FBI.

Lloyd told the investigators that the threat was just a “spur of the moment” remark after he heard on the radio a report about Waters criticizing Trump. He insisted he had no intentions of actually harming the congresswoman, according to the Times. 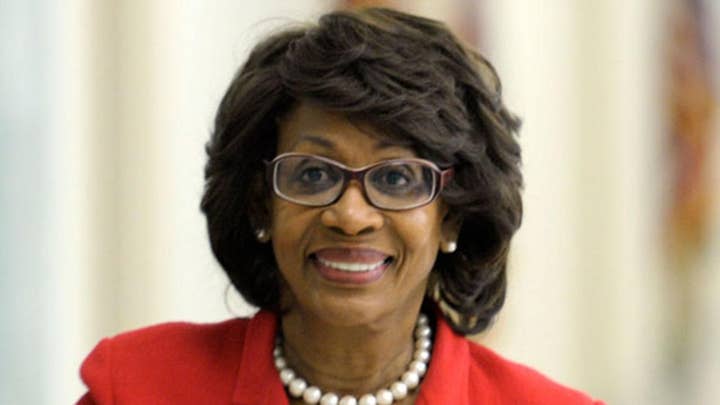 Waters has become among the fiercest opponents of Trump. Since the president's inauguration in January 2017, the California Democrat has insisted Trump is colluding with the Russian government and will soon be removed from office.

She said in February that the Democrats Party should prepare to impeach the president as Special Counsel Robert Mueller will soon determine which people “were and are involved in collusion with the Russians.”

“I say it is time to get ready for impeachment,” Waters said at the California Democratic Party’s annual convention this year. “I cannot wait, and I’m counting on Special Counsel Mueller to connect the dots.”

But Waters’ anti-Trump rhetoric also got out of hand last year when she told a New York audience that she would “take out” the president.

“I’m sitting here listening, watching, absorbing, thinking about Ali [Forney] even though I never met him. And with this kind of inspiration, I will go and take Trump out tonight,” Waters told an audience during an event at the Ali Forney Center in New York City.

Forney was a transgender prostitute and LGBT-rights activist who was fatally shot in New York City in 1997 at age 22. The case has not been solved.