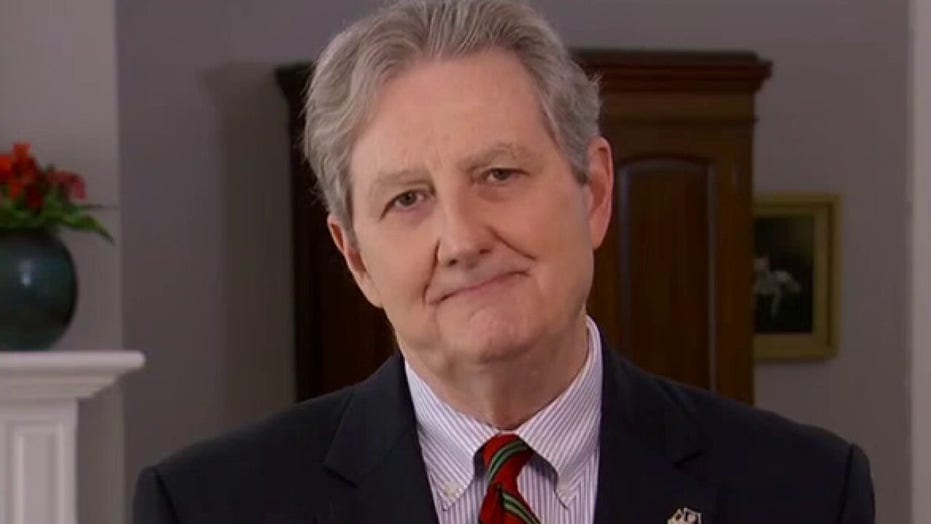 Sen. John Kennedy says destruction from Hurricane Laura will 'take your breath away'

The destruction in Louisiana from Hurricane Laura will “take your breath away,” Sen. John Kennedy, R-La., who surveyed the damage with President Trump on Saturday, told “Sunday Morning Futures” in an exclusive interview.

“This thing cut a path of destruction from south Louisiana to north Louisiana, about 400 miles,” Kennedy said on Sunday.

“It’s probably affected one million to two million people,” he continued. “They’ve been chewed up, spit out and stepped on, and I wanted the president to see it.”

He acknowledged that President Trump “didn’t have to come yesterday,” adding that not only did the president come to Louisiana, but he “brought his big guns with him,” including FEMA director Peter Gaynor and Department of Homeland Security Acting Secretary Chad Wolf.

“This is going to be a multi-year recovery,” Kennedy said. “We’ll recover, but the people of Louisiana are, we’re tough as a boot, but I don’t want anybody to think well, this is just rake a few leaves and we’re back to normal. This is going to take a while.”

The U.S. death toll from the Category 4 hurricane rose to 16 Saturday, with more than half of those killed by carbon monoxide poisoning from unsafe operation of generators. The latest deaths from poisoning included an 80-year-old woman and an 84-year-old man.

The destructive storm surge from Hurricane Laura receded, and the cleanup has begun, but officials in southwestern Louisiana are warning returning residents they will face weeks without power or water amid the stifling days of late summer.

Trump said the federal government is assisting state and local officials on restoring water to roughly 180,000 residents and protecting the energy infrastructure in Louisiana.

“The governor and I and the delegation asked the president for extra help with our National Guard,” he said. “We got every member of our National Guard on the ground. We’ve got 400,000 businesses and homes without water or electricity.”

“Our entire backbone of our power system is down,” he continued. “We’ve got to rebuild the backbone before we can even think about getting electricity to people, and we’re already under a phase two lockdown from the coronavirus.” 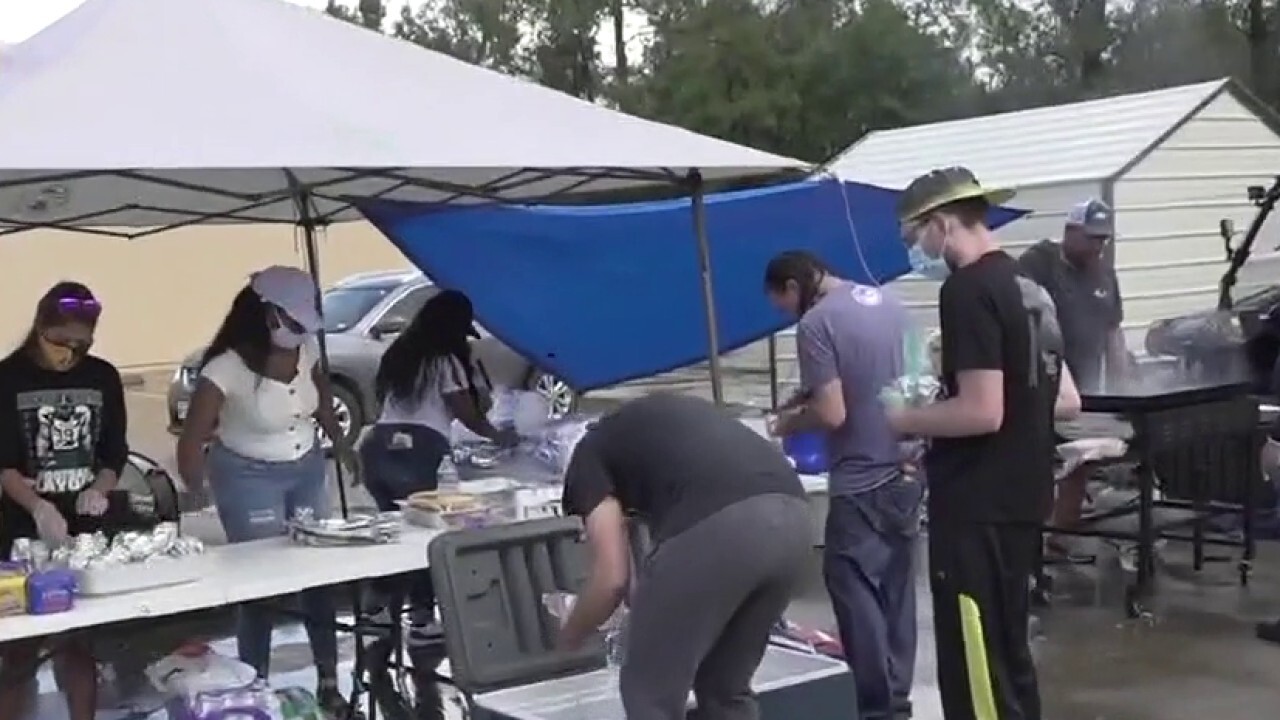 He went on to say that he is “not whining,” acknowledging that “the coronavirus has impacted all of us in America.”

“We’ll deal with this, but I wanted the president to see it and his top guns so that when I call him and say, ‘Mr. President, I’ve got a problem here,’ he’ll have a memory of what it really looks like,” Kennedy said. “You’ve got to see it to believe it and I’ve seen a lot of hurricanes and a lot of aftermath.”

Kennedy also weighed in on the stalled negotiations between House Democrats and the White House on a second coronavirus stimulus package for Americans who are struggling to stay afloat.

Host Maria Bartiromo noted on Sunday that “there are reports that the GOP could come out with a scaled-back COVID-19 stimulus package,” but that House Speaker Nancy Pelosi,D-Calif., “said it’s still not enough money.” 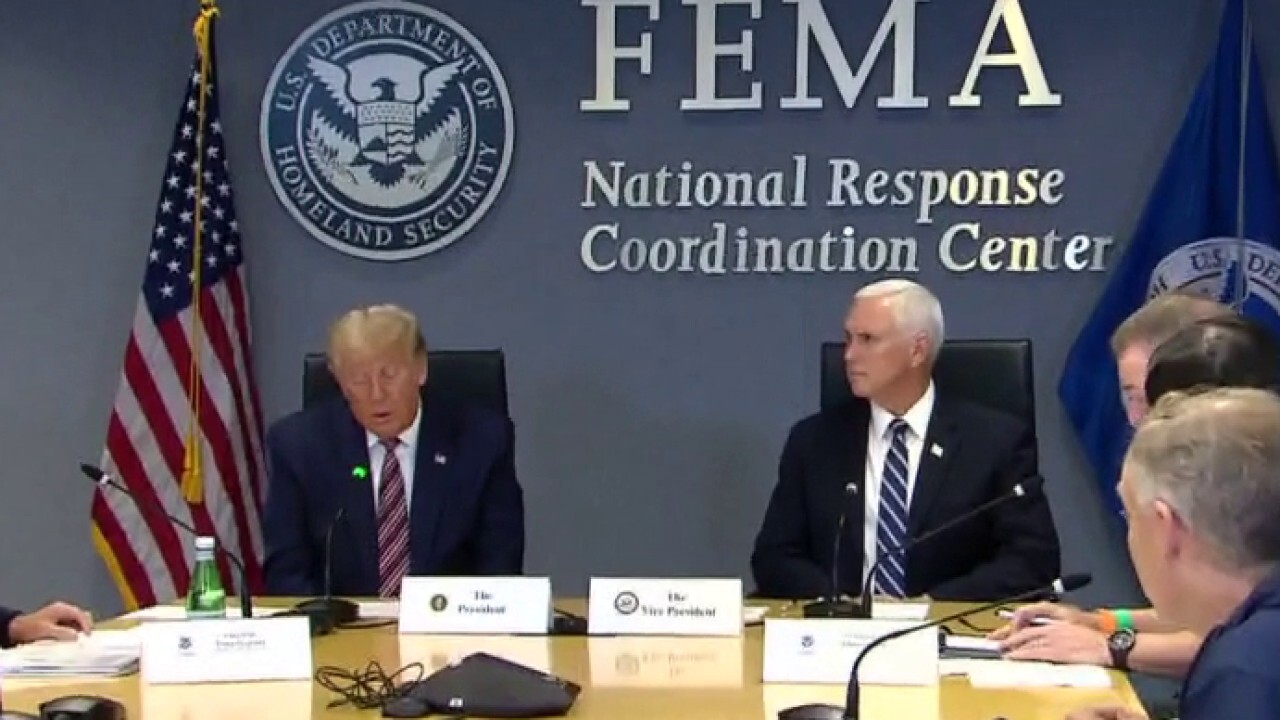 She then asked Kennedy what he thinks about that given “so many Americans today, not only are dealing with what you’re dealing with in Louisiana but are also dealing with the impact of this shutdown and this pandemic.”

“The Senate only works when not everybody is nuts at the same time, but right now, the Senate Republicans, I think, we’ve got our act together,” he said in response. “We’ve been meeting by teleconference every single day to put together a bill. We’ve got it put together.”

“I’m not saying that every member of the Republican delegation will vote for it, but we’ll get between 40 and 50 votes and now it’s up to Senator [Chuck] Schumer and Speaker Pelosi,” he continued.

“They either want to help the American people or they don’t, but this bill would provide help for businesses, for people on unemployment compensation, it would get our schools open, it would provide more testing, it would give support to the post office, it’s a good bill and I hope that, if Senator Schumer will allow it, I guarantee you we will get enough Democratic votes to pass this thing.”

He went on to say, “I just don’t know if he and Speaker Pelosi will allow it because they’re concentrating on the next election instead of the next generation.”