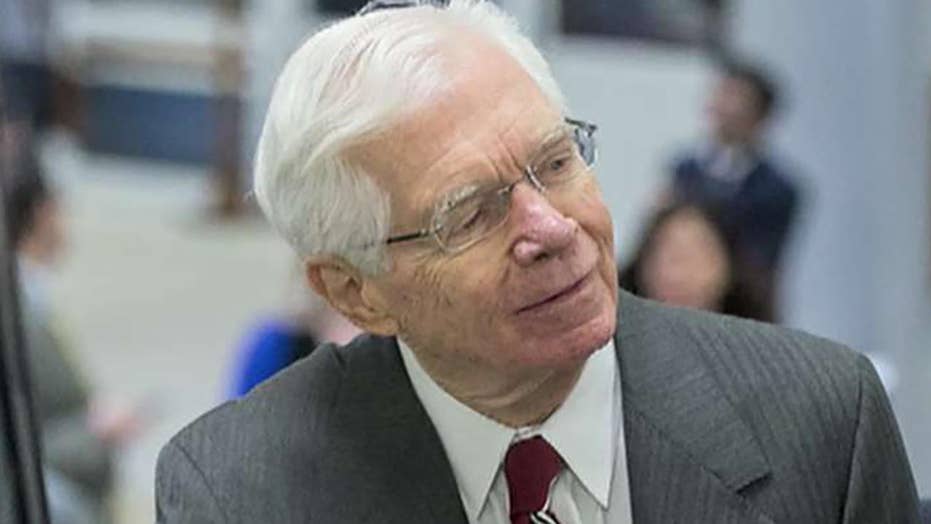 Former Mississippi Republican Sen. Thad Cochran, who served in Congress for more than 45 years and chaired the powerful Senate Appropriations Committee, died Thursday. He was 81.

Cochran resigned from the Senate in April 2018, citing health reasons.

According to a statement from the office of his successor, Mississippi Sen. Cindy Hyde-Smith, Cochran “passed away peacefully early Thursday morning in Oxford.” Services for Cochran are pending, the office said.

On Capitol Hill, Cochran, a Navy veteran, rose through the ranks of the Senate to chair both the appropriations and agriculture committees. In 2014, Cochran was nearly ousted from office during a brutal Republican primary fight with tea party challenger Chris McDaniel.

“Cochran’s family extends its gratitude for the support shown to the Senator by Mississippians over the years," Hyde-Smith's office said in the statement.

Tributes poured in for Cochran on Thursday.

"Very sad to hear the news on the passing of my friend, Senator Thad Cochran," President Trump tweeted. "He was a real Senator with incredible values - even flew back to Senate from Mississippi for important Healthcare Vote when he was desperately ill. Thad never let our Country (or me) down!"

"When I became a member of the Senate, Mississippi Senator Thad Cochran was who I watched," tweeted Georgia GOP Sen. Johnny Isakson. "He taught me and so many others a great deal about effective service in the U.S. Senate."

The University of Mississippi tweeted: "The Ole Miss Family has lost a legend with the passing of a great Mississippian and UM alumnus in former U.S. Sen. Thad Cochran. His unwavering service and contributions to the university and the state are part of the lasting legacy he leaves behind."

Cochran was first elected to the Senate in 1978, becoming the first Republican in more than 100 years to win a statewide election in Mississippi. When he retired, he was the tenth-longest serving senator in U.S. history.

Prior to joining the Senate, Cochran served three terms in the House of Representatives.

At the time of his retirement, Cochran said, "It has been a great honor to serve the people of Mississippi and our country. I’ve done my best to make decision in the best interests of our nation, and my beloved state. My top concern has always been my constituents in Mississippi."