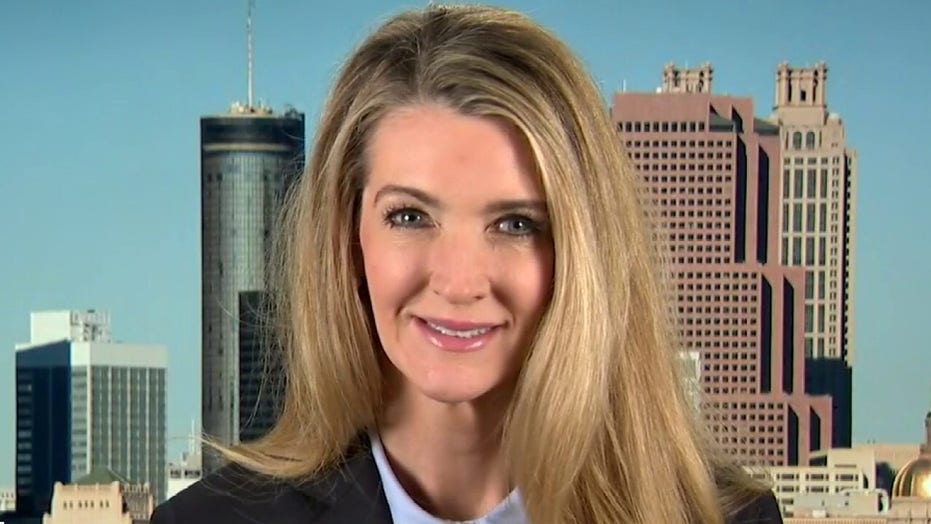 Georgia Senator Kelly Loeffler tells ‘America’s Newsroom’ investments were liquidated after criticism of pre-pandemic sell-offs and her main focus is helping the state through the coronavirus crisis.

Sen. Kelly Loeffler, R-Ga., ramped up calls for shifting supply chains for many goods that are made in China back to the U.S. in a post-coronavirus economic recovery plan she released Tuesday — an issue that many Republican lawmakers, including Loeffler herself, have highlighted in recent weeks.

Loeffler's plan, first obtained by Fox News, is called the USA Restoring & Igniting the Strength of our Economy (USA RISE), and among many topics addresses American reliance on Chinese supplies, saying the "U.S. must break its dependency on China and reinvest in our domestic manufacturing capacity." Loeffler is a member of President Trump's council of lawmakers advising his administration on reopening the U.S. economy, as is every Republican senator except for Sen. Mitt Romney.

"As a member of the U.S. Senate and of President Trump’s Opening Up America Again Congressional Group, I am dedicating my decades of business experience to helping address our country’s economic recovery from this global pandemic," Loeffler says in a summary of the plan. "The USA Rise Plan offers a basic framework for a dialogue about America’s return to growth, and to limit any further spending to specific areas targeted at strengthening our country."

Sen. Kelly Loeffler, R-Ga., waits for Vice President Mike Pence to arrive for her swear-in reenactment for the cameras in the Capitol on Monday, Jan. 6, 2020. (Photo By Bill Clark/CQ-Roll Call, Inc via Getty Images)

Republicans, including Sen. Tom Cotton, R-Ark., have criticized China's initial handling and alleged cover-up of the coronavirus threat, and highlighted the issue of Chinese supply chains for weeks.

"It’s one thing to have jobs that make lawn chairs or toy trinkets in China. It’s another thing to make basic pharmaceuticals that we need, like antibiotics or penicillin, ibuprofen, Advil. It’s crazy that we are dependent upon China, a country that at this very moment is still threatening to withhold those critical medical supplies from the United States," Cotton told Fox News' Sean Hannity.

Loeffler herself previously urged the Trump administration to demand "significant concessions" from China in any new trade deals, including on medical supply chains.

"The U.S. should never again have to rely on a foreign country – especially China – for critical components and products we can make right here in at home, made for and by Americans," Loeffler says, advocating for incentives to bring such manufacturing back to the U.S.

The USA RISE plan also proposes a number of other economic measures to take the sting out of what are essentially large-scale economic shutdowns aimed at slowing the spread of the coronavirus. Loeffler advocates for the elimination of payroll taxes for employers for the rest of 2020, an infrastructure bill, new trade deals with China on U.S. agricultural products and more.

Many of the elements of Loeffler's plan have been brought up before, but others, including "incentives for medical, nursing and med-tech education completed by 2025" are relatively new to the coronavirus recovery debate.