Democrats craft bill to make the District of Columbia a state

The new name would be a nod to Black abolitionist Frederick Douglass, a Republican whom then-President Rutherford Birchard Hayes named the first Black U.S. Marshal for the District of Columbia in 1877.

Pelosi said District residents "pay taxes, fight in our wars and contribute to the economic might of our country" but are disenfranchised as a collective.

On "The Story," Bolden echoed the House Speaker, saying the Holmes Norton bill would enfranchise "700,000 people that don't have a vote in the Senate or the House."

He accused Republicans of being opposed to voting rights as a habit, and called statehood "the right thing to do," adding that D.C. has more of a tax base than Vermont and Wyoming combined but no congressional vote.

Holmes Norton, in office since 1991, is allowed committee votes, but not a final vote on legislation -- similar to other House Delegates in Guam, Puerto Rico and the Northern Mariana Islands.

"It's taxation without representation, in its purest form," Bolden said, repeating the popular District slogan that adorns D.C. license plates.

Boothe fired back that D.C. Statehood is a simple "power grab from the left."

"Jamie Raskin gave up the game when he said the Senate was the principal obstacle to social progress," she said of the Maryland Democratic congressman whose district abuts Northwest D.C.

Host Martha MacCallum noted almost every U.S. Attorney General, save for Eric Holder, has been wary of statehood, and James Madison wrote specificially in the Federalist Papers about a federal "independent seat of government" separate from the other states. 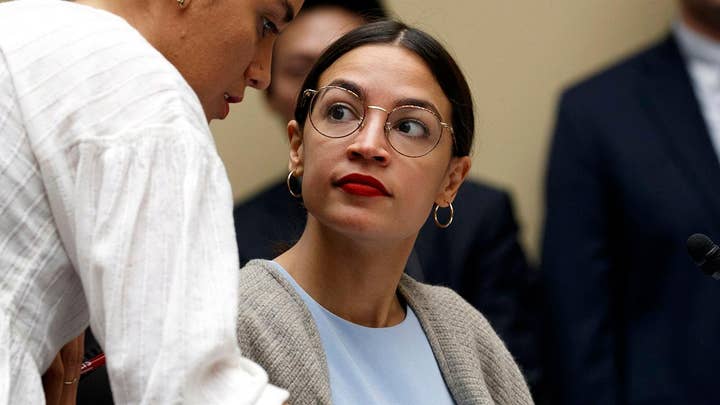 "So why does it make any sense to change that now?" she asked. "If the District of Columbia was overwhelmingly Red (Republican), based on everything you said about the need for representation, would you be on this program right now pushing for two more Republican senators from the district of Columbia?" she asked.

Bolden called that a "loaded question" and Boothe replied that "nobody believes" statehood is about fairness.

She pointed to the fact President Biden received 93% of the vote in D.C., and no Republican president has ever broken 20% there except for Richard Nixon.

"They know there would be two democratic seats in perpetuity that would change the balance of power forever," she said.

"Instead of following the rules and honoring the tiny amount of control that was given to them in the House and the Senate, they want to blow the entire system up; blow up the norms [and] trying to get statehood to D.C., possibly Puerto Rico by packing the Supreme Court and also nationalizing and federalizing elections and getting rid of voter IDs [to] make it easier to cheat."

"So this is what Democrats want to do because the only thing the Democratic Party or today's Democratic Party cares about is power. They will do anything they have to do to try to achieve it and expand it," Boothe concluded.

Since its establishment, the major change to the District of Columbia's representation has been the 1847 retrocession of what is now Arlington County, Va., and the City of Alexandria, Va., back to the Commonwealth of Virginia.

The portion ceded from what was once Maryland, along with Lady Bird Johnson Island, is what remains of the original District of Columbia.