Nearly a year after the special counsel was appointed to investigate Russian interference in our elections, we're still asking the question: Where is the evidence of collusion?

Just hours after President Trump reacted angrily Monday to news that federal agents had raided the office and home of his personal attorney, a bipartisan group of four senators is planning to announce legislation Wednesday to protect special counsel Robert Mueller’s job.

Democratic Sens. Cory Booker and Chris Coons will be joined in the longshot effort by Republican Sens. Thom Tillis and Lindsey Graham, the AP reported, citing two anonymous sources familiar with the legislation.

The group will reportedly announce legislation that would give any special counsel a 10-day window in which he or she could seek expedited judicial review of a firing. The bill faces long odds in the House.

Graham, who said last year that there would be "holy hell to pay" if Trump ever fired Mueller, has repeatedly sparred with Trump since he announced his candidacy for the presidency.

Trump has called the FBI's raid "disgraceful" and lambasted Mueller's investigation as "an attack on our country." He openly flirted with firing Mueller earlier this week.

"Why don't I just fire Mueller?" asked Trump, repeating a reporter's question to him Monday night. "Well, I think it's a disgrace what's going on. We'll see what happens, but I think it's really a sad situation when you look at what happened.

Many legal experts believe Trump cannot directly fire Mueller. On that theory, any dismissal, for cause, would have to be carried out by Rosenstein, who appointed the counsel in May 2017 and has repeatedly expressed support for him.

In addition to investigating potential ties between Russia and the Trump campaign, Mueller is also examining whether the president’s actions constitute obstruction of justice.

“It would be suicide for the president to want to talk about firing Mueller."

As the investigation has worn on, Trump has repeatedly called it a “witch hunt.”

After introducing similar bills in August, when Trump first began criticizing the Mueller probe, both Tillis and Graham had been quiet for months on whether the legislation was still needed as Democrats continued to push for a bill.

HANNITY: 'ROGUE' MUELLER HAS 'DECLARED WAR AGAINST TRUMP' WITH RAID ON ATTORNEY'S OFFICE

Both Republicans said they didn’t think Trump would really move to fire Mueller, but they fast-tracked the new bill after Trump's harsh words for Mueller on Monday.

Under the legislation, the expedited review would determine whether the special counsel was fired for good cause. The bill would also ensure that any staff, documents and other investigation materials were preserved as the matter was pending. 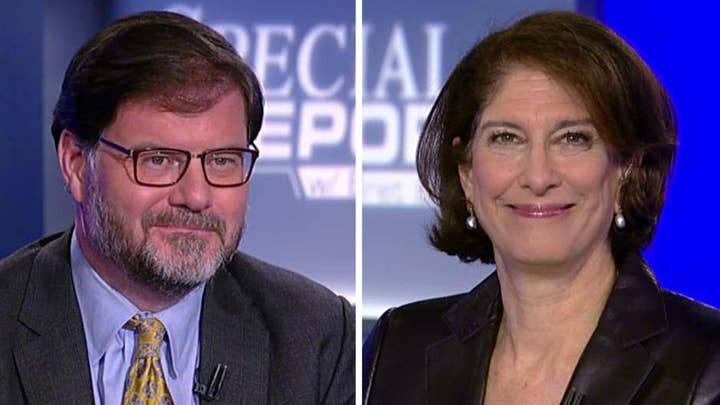 But many Republicans in the Senate still expressed confidence Tuesday that Trump would not fire the special counsel.

Sen. Chuck Grassley, R-Iowa, the chairman of the Judiciary Committee, said Tuesday on Fox Business News: “It would be suicide for the president to want to talk about firing Mueller. The less the president said on this whole thing, the better off he would be, the stronger his presidency would be.”