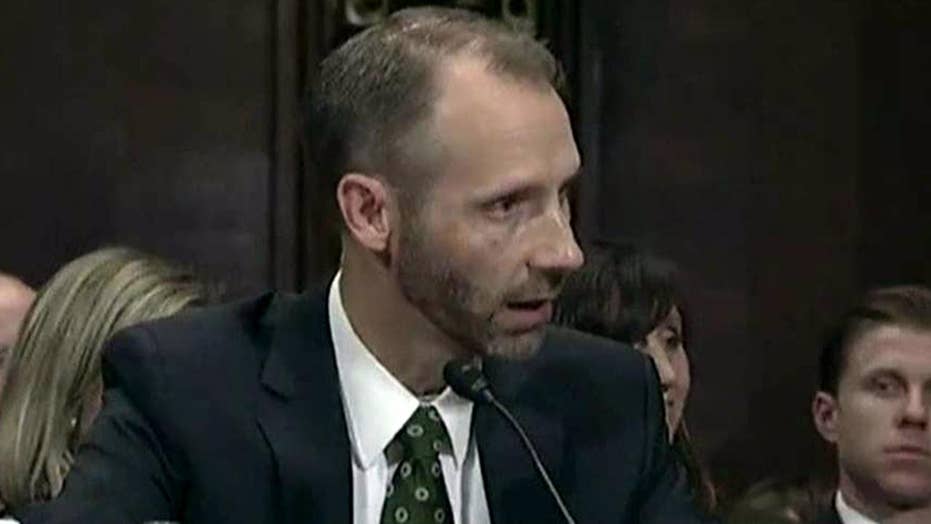 Matthew Spencer Petersen did not seem to have many answers.

A lawyer nominated by President Donald Trump to be a federal judge has become an internet sensation after having difficulty answering basic legal questions.

As of Friday morning, a video of Matthew Spencer Petersen struggling with questions from Sen. John Kennedy, a Louisiana Republican, had been viewed more than 3 million times.

Petersen, who serves on the Federal Election Commission, had difficulty answering questions about the "Daubert standard," which has to do with expert witness testimony, and the definition of a "motion in limine," which has to do with the introduction of evidence. He acknowledged he has never tried a case or argued a motion in court. He said he last read the federal rules of evidence in law school.

Petersen graduated from Brigham Young University. He earned a law degree from the University of Virginia in 1999.

Democratic Sen. Sheldon Whitehouse of Rhode Island posted video of the exchange on his Twitter account, labeling it "MUST WATCH."

Whitehouse wrote: "Republican (at)SenJohnKennedy asks one of (at)realDonaldTrump's US District Judge nominees basic questions of law & he can't answer a single one. Hoo-boy."

Petersen has been nominated to serve on the U.S. District Court for the District of Columbia.