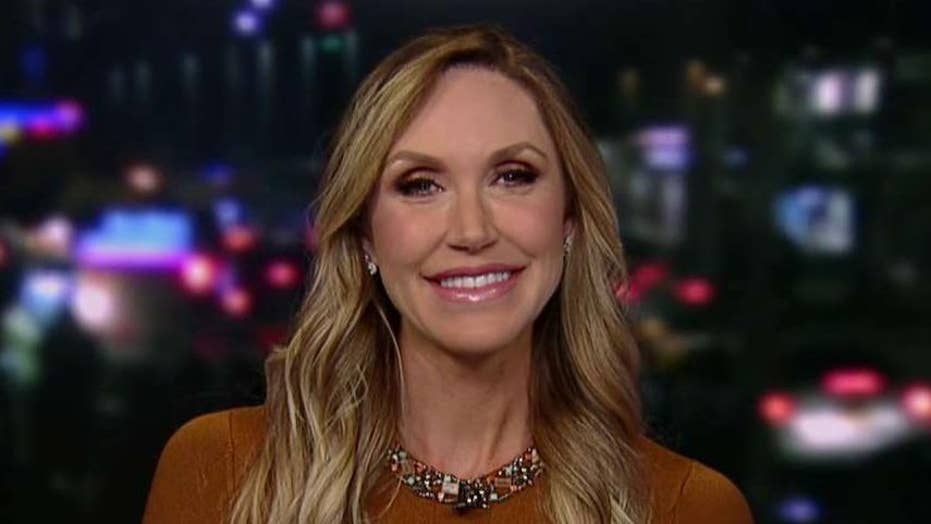 Lara Trump: Saying something positive about Trump gets you attacked by Democrats

The paper accused Trump of “inciting” bigotry and racism, by accepting a prestigious award at the White House.

“What a shame that people are trying to take away such a great moment for him, for his family. I thought it was beautiful. Tiger Woods is the epitome of what people should try to be like in this country. He had a downward spiral. Things were looking a little bad for him. He came back not only on the golf course but in life,” Trump said on “Fox News @ Night with Shannon Bream.”

Trump presented Woods with the Presidential Medal of Freedom in the White House Rose Garden Monday, calling the champion golfer "a global symbol of American excellence, devotion and drive."

“Mr. Woods has made his choice, and part of his legacy will be embracing a man who incited bigotry and racism,” the Baltimore Sun said in an editorial Monday.

The Sun editorial also said the president “regularly demonizes minorities and emboldens those who hate.”

Trump defended her father-in-law against accusations that he is a racist.

“This is a man who has never been a racist, they continue to try and beat this drum about racist narrative,” Trump said.

“Tiger Woods has known Donald Trump... for many years, well before he became the president. He knows the true Donald Trump, not the one that the mainstream media tries to post up all the time. All the nonsense you see,” Trump said.