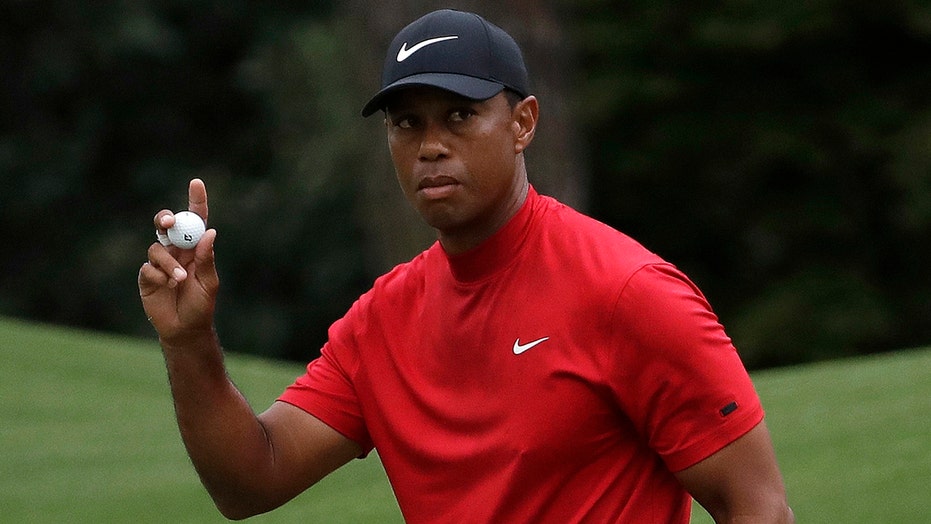 Critics of Tiger Woods and President Trump were out in force Monday ahead of the ceremony bestowing the Presidential Medal of Freedom on the controversial golf great, with the politically-tinged attacks threatening to overshadow the acclaim that greeted Woods' dramatic win at the Masters Tournament less than a month ago.

Trump made the announcement last month he would honor Woods with the medal “because of his incredible success [and] comeback in sports, and more importantly, life.”

But the honor was quickly criticized by some as merely an opportunity for Trump to pay tribute to a business partner. It was pointed out last week that Woods was reported in 2018 to be a business partner with the Trump Organization.

“Tiger Woods is obviously a very talented golfer,” Common Cause legislative affairs director Aaron Scherb told The New York Times, before quickly adding that Trump is “willing to use any tool of government to benefit his business and political allies.”

Rick Reilly, the author of “Commander in Cheat: How Golf Explains Trump,” told The New York Times that Woods accepting the Presidential Medal of Freedom “puts a big stain” on the golfer. Reilly shared the same sentiment soon after it was announced last month that Woods would be given the nation's highest civilian honor.

“How can @TigerWoods accept the Presidential Medal of Freedom from a man who thinks golf should only be for the rich? 'Where you aspire to join a club someday, you want to play, (so) you go out and become successful.' ... Bull. If that were true, there'd BE no Tiger Woods,” Reilly tweeted.

Other critics swarmed Woods and Trump on social media.

Woods has been lambasted over his link with Trump since the business mogul was elected president in November 2016. The pair had been golfing partners for years before Trump entered politics.

In August 2018, when asked about his relationship with Trump, Woods urged people to respect the office of the president.

“Well, I’ve known Donald for a number of years,” Woods added at the time. “We've played golf together. We've had dinner together. I've known him pre-presidency and obviously during his presidency.”

Woods is expected to receive the Presidential Medal of Freedom at around 6 p.m. ET. He would join Arnold Palmer, Jack Nicklaus and Charlie Sifford as golfers who've also received the honor.