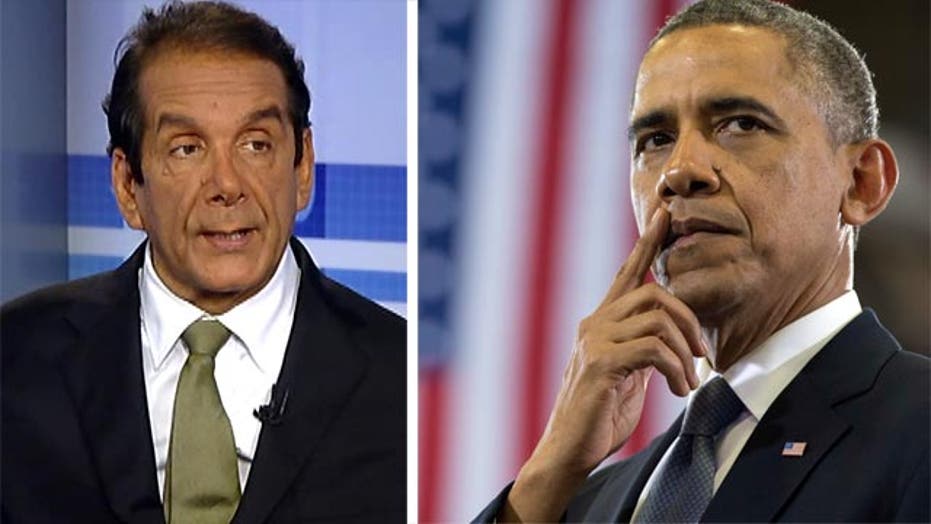 Charles Krauthammer argues that president could use a broad executive order on illegal immigration to bait Republicans into bringing him up for impeachment. But the tactic could backfire

Charles Krauthammer said Thursday on "Special Report with Bret Baier" that President Obama must immediately make a decision on whether to intervene in Iraq as terrorists gain control of the region.

"This is a hugely important strategic interest to the United States, and Obama sits, and what we're hearing now is he's thinking about intervention," Krauthammer, a syndicated columnist and Fox News contributor, said. "Don't tell us what you're thinking. Make a decision, one way or the other, and do it. The world is waiting."

Several hours after his remarks, Obama announced he has authorized the U.S. military to conduct air strikes "if necessary" against Islamist militants in Iraq to protect stranded religious minorities as well as American personnel. The U.S. military also conducted a mission to airdrop humanitarian aid to thousands of Iraqi civilians trapped on a mountain in northern Iraq.

Krauthammer urged action as Islamic State (IS), the militant group formerly known as ISIS, has made major gains in northern Iraq in recent days, forcing thousands of ethnic minorities to flee from the violence.

"We have had a crisis unfolding, slowly, for months here, where the strategic interests of the United States is deeply affected," Krauthammer said. "And that is the rise of this ISIS - Islamic State - which is a threat to all our allies in the region, which is ultimately - if they become strong enough - to the United States itself."