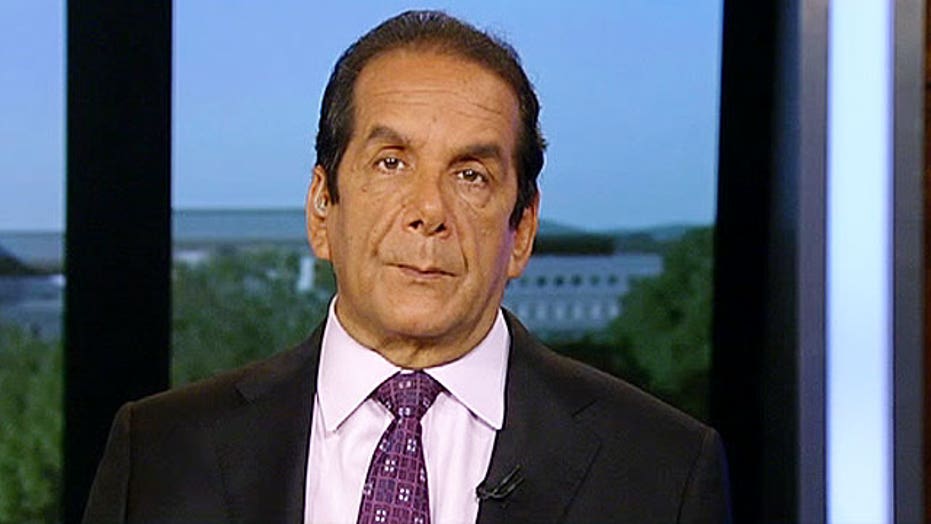 Charles Krauthammer told viewers on "Special Report with Bret Baier" that President Obama's own economic policies deserve much of the blame for the less-than-stellar economic numbers that were unveiled on Friday - particularly the administration's approach to the Federal Reserve.

"The Fed policy makes this news even worse," the syndicated columnist said.  "You've got the Fed with its foot on the petal - it's been there for six years. Zero interest rates - historically unprecedented. And some countries in Europe actually have negative interest rates."

Krauthammer cited low interest rates as one of the reasons the fiscal numbers showed that the economy actually contracted in the first quarter of 2015, and that GDP growth is actually shrinking instead of growing.  Government officials cited extreme winter weather and port disruptions as some of the reasons for the economic reversal.

"I love the way the administration immediately says, well, you know, it was the way that we calibrate the growth numbers from season to season - and then of course, there was this shocking act of God, which is known as winter," Krauthammer said.  "There are all kinds of things you can do by doing less, or nothing...then we'll have a test of whether it's the new normal, or whether it's Obama liberal economics."

Fortune Magazine columnist Nina Easton countered that despite the weak numbers, the United States remains one of the strongest economies in the world.

"China's slowing down, the Brit countries aren't doing well, Europe's not doing well. We are the ones who stand out, and it's largely because of a still-vibrant private sector that goes on, despite all this," she said.

"All that means," Krauthammer shot back, "is that Obama hasn't entirely killed it yet."