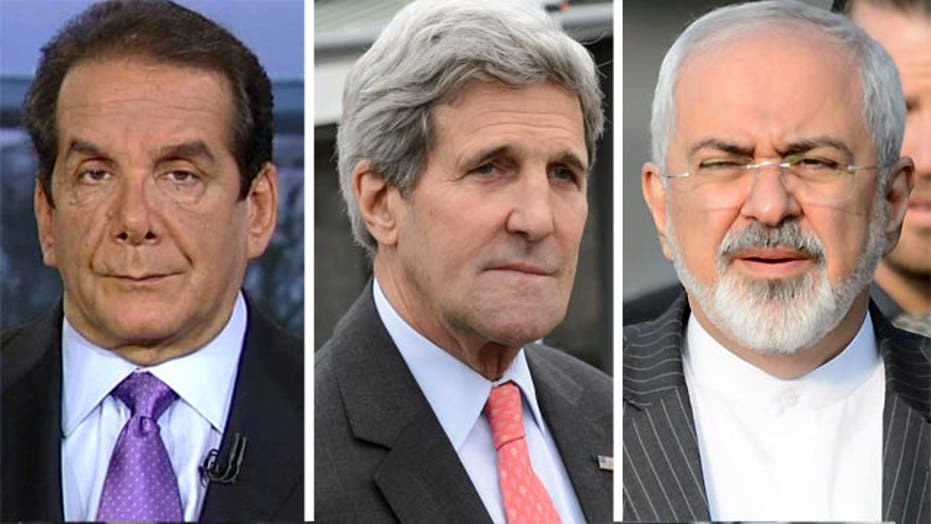 Krauthammer: “Delusional” to think that US-Iran nuclear deal will calm the Middle East

Charles Krauthammer told viewers Friday on “Special Report with Bret Baier” that the idea that a possible US nuclear deal with Iran is going to solve challenges in the Middle East is “delusional,” but that it is driving the Obama administration’s foreign policy.

According to Krauthammer, the so-called “legacy deal” will only inflame chaos overseas.

“The reason that the Saudis didn’t tell us about what they were doing in Yemen is because they are opposing Iran and they can see us handing the region over to Iran in the nuclear negotiations,” Krauthammer said.