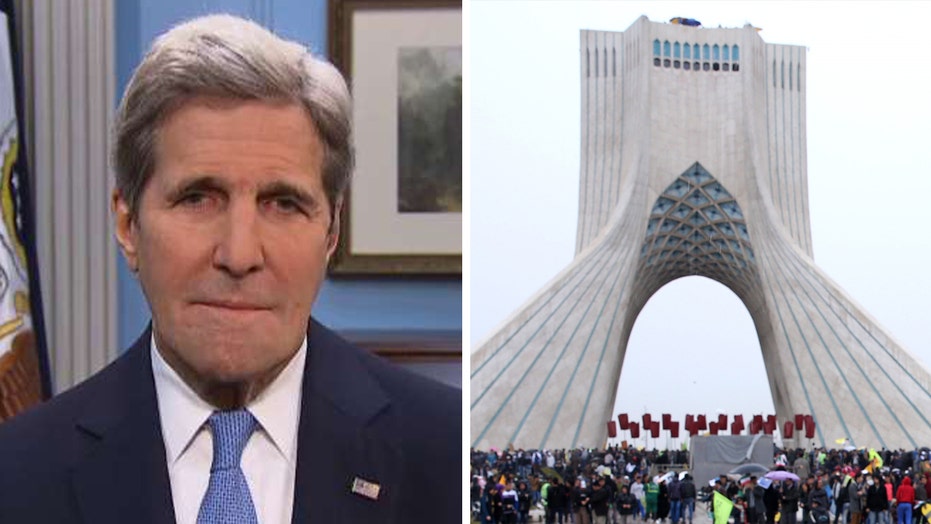 Secretary of state says it's 'absolutely a coincidence' that the U.S. announced it had imposed sanctions against 11 individuals and entities connected to Iran's ballistic missile program the day after four U.S. citizens were released from Iranian custody

Secretary of State John Kerry said Monday he was “infuriated” by Iranian footage showing American sailors on their knees with their hands above their heads after being captured last week.

Speaking with Fox News, Kerry said he was not aware of the footage when he spoke last week about the diplomatic efforts that led to the sailors’ release. At the time, Kerry praised Tehran’s cooperation in resolving the incident – but later faced criticism from Republicans as the footage emerged.

“I was furious about it, and I immediately contacted my counterpart. And we indicated our disgust,” Kerry said Monday.

He added that “it was clear” the footage did not come from the Ministry of Foreign Affairs, and likely came from the Iranian military.

“It was very, very unfortunate, inappropriate. And as a former sailor, and member of the military, I was infuriated by it and I expressed that very directly to my counterpart,” Kerry said.

Footage showed the 10 U.S. sailors as they were being arrested after drifting into Iranian waters. One video showed one of the men apologizing for their actions, though officials insist no official apology was given to the Iranians.

Some Republicans pointed to the videos and images to ridicule the administration’s response. Sen. John McCain, R-Ariz., last week accused the administration of “pretending as if nothing out of the ordinary has occurred.”

Days after the incident was resolved, Iran was certified as completing the vital terms of its nuclear deal and in turn was rewarded with billions of dollars’ worth of sanctions relief from the U.S. and other countries. At the same time, Iran released four Americans in a prisoner exchange for seven Iranians.

Kerry on Monday defended the terms of that arrangement, and pushed back on Republican suggestions that Iran got the better end of that deal. Kerry said some of the Iranians released were about to complete their prison sentences anyway.

“We thought it was appropriate to get our people home. That was critical,” Kerry said.

Kerry also disputed a report that the administration delayed imposing new sanctions on Iran after Foreign Minister Javad Zarif warned that could derail the prisoner exchange. The Wall Street Journal had reported that Zarif personally warned Kerry, who pressed the White House to hold off on imposing the sanctions.

Kerry said there was no such phone conversation with Zarif – and asserted that the timing was “absolutely a coincidence.”

The administration did hold off on imposing the new sanctions over Tehran’s recent ballistic missile tests, but proceeded with them on Sunday.

Meanwhile, the U.S. military on Monday released its first official account of Iran's seizure and subsequent release of the 10 U.S. sailors in the Persian Gulf who strayed into Iranian waters last week in small boats.

The account U.S. Central Command offered on Monday adds some detail to what was already known about the incident, but it leaves unanswered such key questions as why the boat crews deviated from their planned route and entered Iranian territorial waters.

The report said the sailors were not mistreated during approximately 15 hours in Iranian hands. They had been traveling from Kuwait to Bahrain.

It said a post-recovery inventory of the boats accounted for all weapons, ammunition and communications gear, except for two SIM cards apparently removed from two hand-held satellite phones.