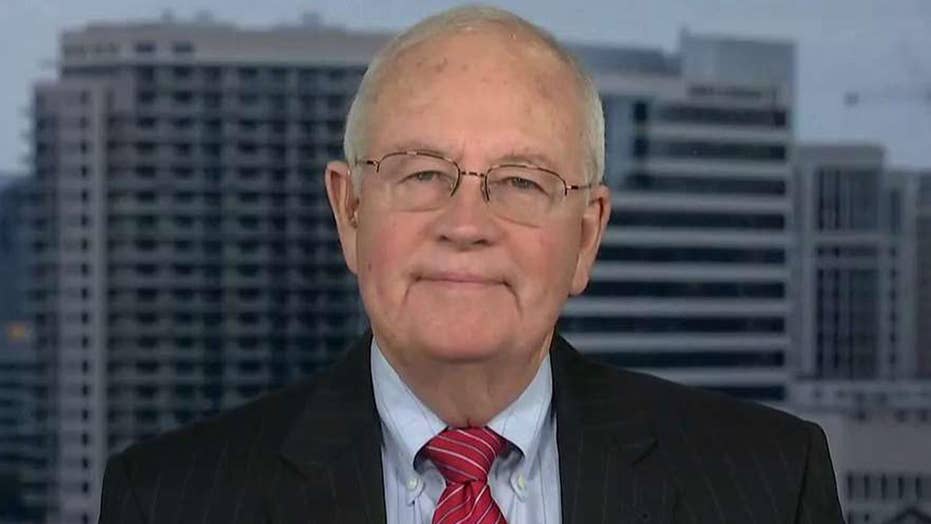 “The concern that I think is a fair concern is, is the report going to be written in a fair and balanced way? It is a concern,” Starr said on “America’s Newsroom” on Wednesday. “Now why the concern? Because of Bob Mueller, who I hold in very high regard, his choice of staff. So many questions have been raised about that staff and their leanings and so forth. And they've had the opportunity without any kind of cross examination, any kind of check, any kind of balance to write whatever they want to write. And that I think legitimately raises concern of fairness and balance.”

Last month, Mueller submitted his almost 400-page report to the Justice Department for review by the attorney general and Deputy Attorney General Rod Rosenstein. In a letter to Congress, Attorney General Bill Barr relayed some of the primary findings of the report, stating the special counsel found no evidence of collusion between members of the Trump campaign and the Russians during the 2016 presidential election. Democrats blasted Barr for what they called his "unacceptable" handling of the initial summary of that document.

Barr said he identified four areas of the report that he believed should be redacted, including grand jury material and information the intelligence community believes would reveal intelligence sources and methods.

“The frustration will be, we don't have it all. Why don't we have it all? I think Bill Barr, the Attorney General, has very ably and responsibly answered that. There are restrictions on law. Grand jury testimony being the primary example,” Starr said Wednesday. “And then the acrimony will be this cherry picking. I think it is inevitable. ‘A-ha, do you see this sentence, see that and what that means is,’ and then a lot of interpretation and extrapolation.”

He added, “It would be good if we could call a national time-out and actually review what we have and then come to a more sober judgment. But politics is politics.”

Starr recommended Barr explain why he did what he did in the report once it is released.

“I'm speaking as a citizen who has served in the justice department. This would build, I think, public confidence in what he has done, if he stands and explains it rather than waiting for a Congressional hearing, which will be a week or who knows how long and then all of the spinning goes on in the meantime. Let's hear from the attorney general of the United States. That's my hope,” said Starr.

Starr conducted an investigation into former President Bill Clinton and released his report in 1998.