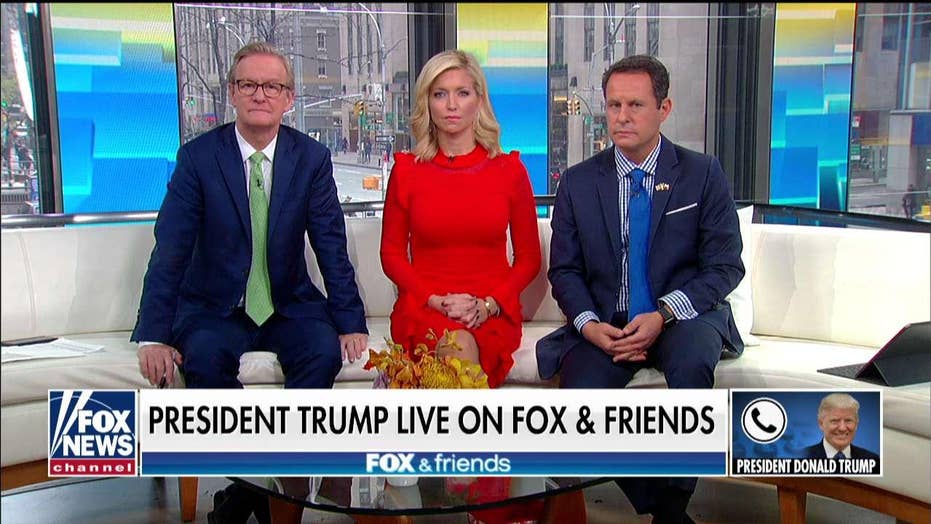 George Conway, the husband of top White House adviser Kellyanne Conway, said on Friday that his wife was an "enabler" and "cheerleader" for President Trump, who George Conway has repeatedly described as mentally ill and accused of criminal conduct.

When someone tweeted those labels about his wife, George Conway responded: "she's both."

The Twitter user was responding to George Conway's previous tweet predicting that people would come to see Trump as both a "psychologically unwell man" and a "criminal."

Kellyanne Conway did not immediately respond to Fox News' request for comment.

The tweets were the latest in a series indicating tension between one of the president's top advisers and her husband.

George Conway was responding to President Trump's Friday appearance on "Fox & Friends." During that appearance, Trump said: "Kellyanne is great but she's married to a total whack job." Although the pair's marriage has come up multiple times in the press, Friday's interview included some of the most direct remarks by the president and George Conway on his marriage.

Trump, for example, suggested to Fox News that Kellyanne Conway was responsible for her husband's alleged mental instability.

The exchange came after weeks of controversy surrounding the couple. After a Washington Examiner reporter wrote about their relationship last month, Kellyanne Conway unloaded on the reporter in a phone call and claimed that her husband "gets his power through me." After the audio of that conversation surfaced, George Conway tweeted ominiously about knowing "narcissism."

Weeks later, George Conway appeared on MSNBC, where he criticized his wife's boss. When CNN's Wolf Blitzer commented to Kellyanne Conway a day later that she had "issues" in her marriage, she shot back at him: "I think you embarrassed yourself."

“I don’t want to talk about your marriage… I want to talk about a substantive point that your husband, George Conway, made. He was on television all day yesterday during the first day of the impeachment hearings,” Blitzer responded.

The CNN anchor began to introduce a clip of George Conway’s MSNBC appearance when he was cut off.

“Before you play the clip, which I haven’t seen, why?" Conway asked. "And why are you doing that? I’m just curious,”