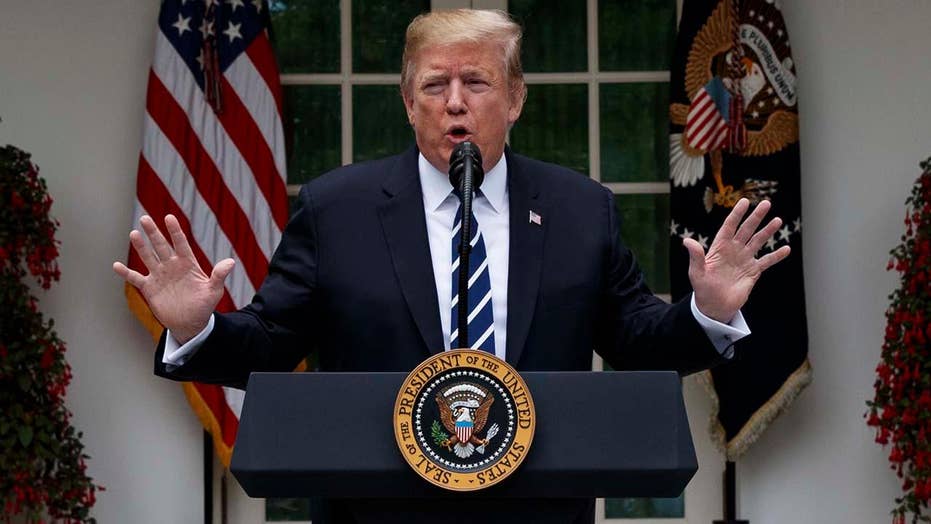 White House Counselor Kellyanne Conway and House Speaker Nancy Pelosi, D-Calif, had a terse exchange after a meeting between President Trump and Democratic lawmakers was cut short on Wednesday.

Trump scrapped the meeting, which was slated as an opportunity to discuss the country's infrastructure, after Pelosi told reporters that the president "engaged in a cover-up" following a meeting with her caucus.

After Trump left the room, Conway asked the Speaker if she had a "direct response to the president," Fox News confirmed.

"I'm responding to the president, not staff," Pelosi shot back.

Conway slammed Pelosi's dismissal of her.

"Really great. That’s really pro-woman of you,” the White House counselor is said to have responded.

The tense moment came before Trump blasted Democratic lawmakers with his remarks from the Rose Garden, telling reporters, "I don't do cover-ups."

Pelosi doubled down on her accusation at the Center for American Progress 2019 Ideas Conference Wednesday afternoon.

“The fact is, in plain sight, in the public domain, this president is obstructing justice and he's engaged in a cover-up. And that could be an impeachable offense,” Pelosi said.