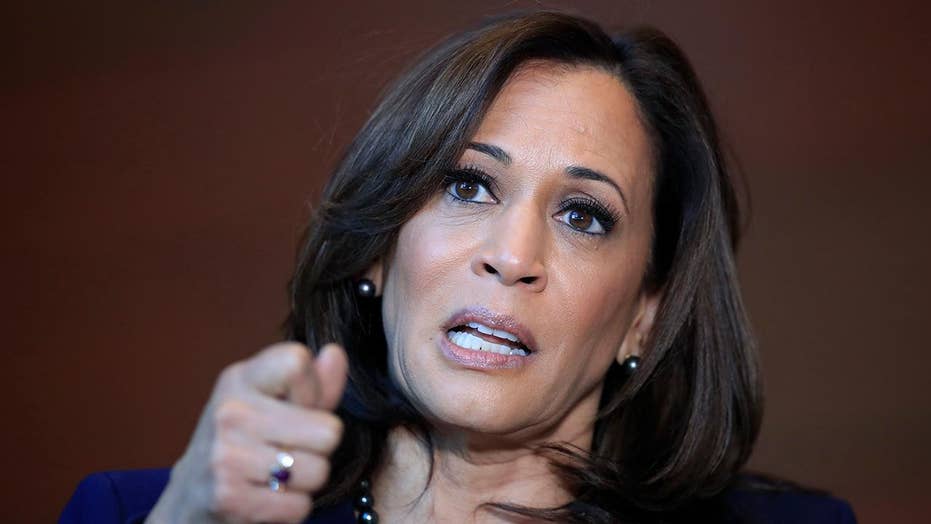 Sen. Kamala Harris, D-Calif., came under fire on Tuesday for calling for private health care plans to be abolished -- the latest plank is what is becoming an increasingly left-wing platform from the California Democrat.

Harris, who announced her 2020 bid for the White House last week, was asked by CNN host Jake Tapper on Monday night if people could keep their current health care plan under her “Medicare-for-All” plan. She indicated that they couldn't, suggesting she wants to move toward a single-payer system rather than a mere expansion of Medicare.

KAMALA HARRIS VOWS TO GET RIS OF PRIVATE HEALTH CARE PLANS: 'LET'S ELIMINATE ALL OF THAT. LET'S MOVE ON'

The claim is a significant shift from the famous promise by former President Barack Obama who, in promoting the Affordable Care Act (known to many as ObamaCare) pledged: “If you like your health care plan, you can keep it.” That promise came back to haunt him when Americans started losing their plans.

Harris appears to have abandoned that notion completely, in a move that would have enormous implications for the health care industry and the 217 million Americans the 2017 census says have private plans.

Democrats are increasingly calling for Medicare-for-All plans, and it is unclear what room would be left in those plans for private insurance. Some single-payer systems in other countries, such as Britain’s National Health Service, allow for optional private health care insurance. It is unclear if Harris would seek to abolish that option in the U.S., or if she merely seeks to make them unnecessary.

The announcement was met with immediate criticism by political opponents. Starbucks CEO Howard Schultz, who is mulling a 2020 run as an independent, declared that abolishing private insurance is “not American.”

“That’s not correct. That’s not American,” Schultz said in an interview with CBS News' "This Morning," adding: “What’s next? What industry are we going to abolish next? The coffee industry?"

Republicans and conservatives, meanwhile, were quick to spread the clip of Harris online without commentary, apparently feeling it was a “gotcha” moment. The Republican National Committee shared the clip, and also said that her plan would cost $32.6 trillion, eliminate private plans, “devastate” Medicare and “double your income taxes.” 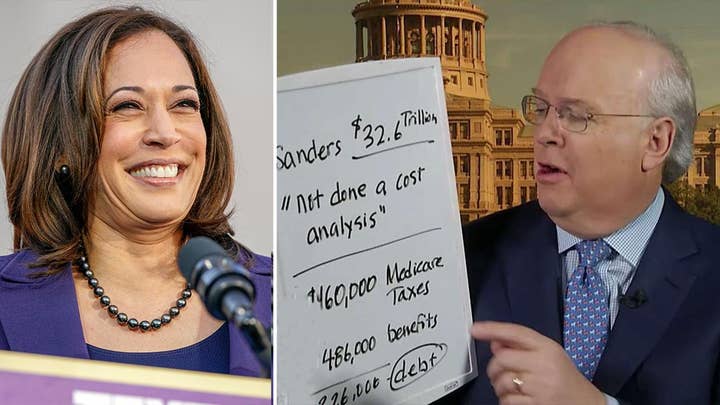 “California liberal Kamala Harris just showed American voters how radical and out of step she is. Her full embrace of socialized medicine would completely eliminate your private health care plan, even if you like it,” RNC spokesman Steve Guest told Fox News.

California Republicans also took aim at Harris over the comments.

“Kamala Harris declares all Americans to lose their health insurance policy even if they like it, forced into government system…Once again these people are for anything so long as it’s mandatory, former California GOP party leader Ron Nehring tweeted.

The embrace of “Medicare-for-All” plans is the latest in an apparent shift to the left within the Democratic Party. Self-described “Democratic socialists” such as Sen. Bernie Sanders, I-Vt., who ran for the Democratic nomination in 2016, and Rep. Alexandria Ocasio-Cortez have brought other ideas, such as a Green New Deal, from the fringes into the halls of Congress.

Fox News' Gregg Re and Victoria Balara contributed to this report.