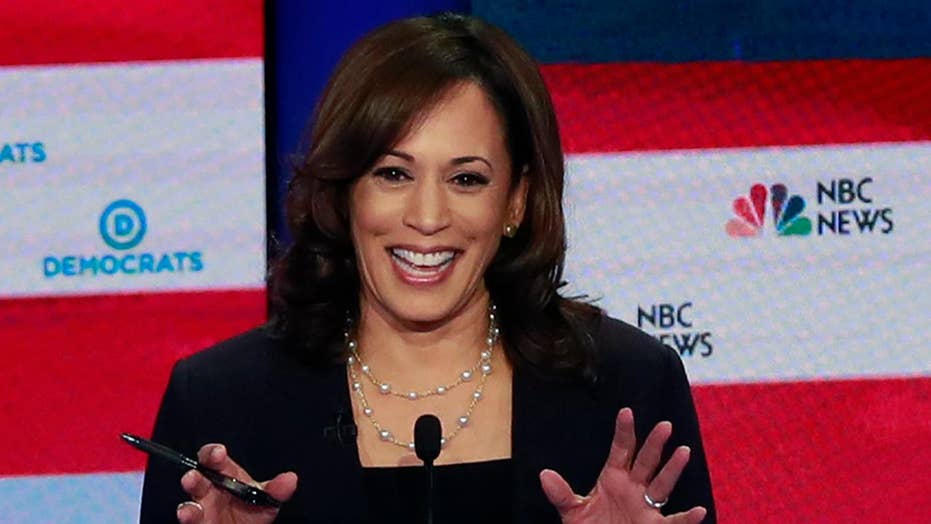 Sen. Kamala Harris, D-Calif, is ratcheting up her attacks against President Trump, referring to him on  Wednesday as a "predator" during a campaign event in Iowa.

“I know predators, and we have one living in the White House."

This was a not-so-subtle reference to the multiple accusations of sexual misconduct that have dogged President Trump in recent years. Over a dozen women came forward with claims during the 2016 election, following the release of Trump's infamous "Access Hollywood" tape. Last month, ahead of the release of a new book, advice columnist E. Jean Carroll accused Trump of an assault that she maintains took place in the early 1990s.

Harris has seen a major surge in the polls since her widely praised performance at last week's Democratic debates. The California senator has jumped into third place among the two-dozen candidates seeking the Democratic Party nod in the average of polls, according to Real Clear Politics. Several polls now put her close to the presumed front-runner, Joe Biden.

President Trump has previously refrained from attacking Harris and even complimented her campaign rollout, calling her launch the "best opening so far."