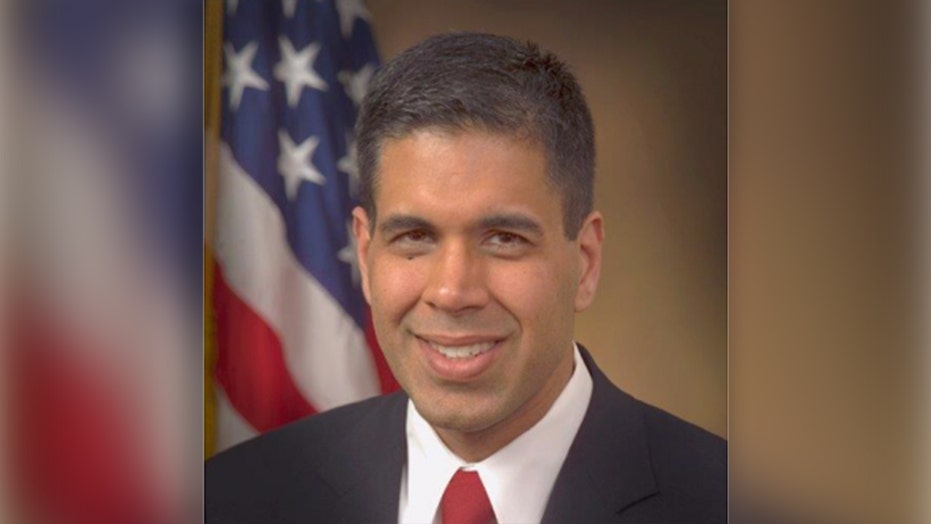 Texas Attorney General Ken Paxton gives an update on how the state is handling coronavirus.

One of the judges on President Trump's Supreme Court shortlist issued a scathing dissent Friday in a case over whether Tennessee can halt abortions during the coronavirus pandemic.

The case stemmed from an executive order by Republican Gov. Bill Lee that temporarily banned "elective" and "non-urgent" surgeries for three weeks, including abortions.

Friday night's Sixth Circuit Court ruling -- which upheld an injunction preventing Tennessee from halting abortions as part of that order --- effectively assures that the state will not be able to enforce the abortion ban element of the order before it expires on April 30.

But the dissent from Judge Amul Thapar shows that one of the judges the president might nominate to the Supreme Court should he get the chance is willing to curb abortion rights under certain circumstances.

He continued: "In doing so, the court committed numerous legal errors, made hardly any factual findings, issued an overly broad injunction, and brazenly substituted its own policy views for those of the elected officials who are actually fighting the pandemic. All because the district court thought that a three-week delay for certain abortions might prevent some unidentified person from having an abortion. Most cases of judicial aggrandizement have costs. But in few are the potential costs so great."

Lee issued his executive order on April 8 before a district court judge issued an injunction against it on April 17. The Sixth Circuit then upheld the injunction with a slight modification noting that if an abortion provider believes a woman can have her abortion delayed past the April 30 expiration of the order it should do that. This would ostensibly allow women who will be more than 20 weeks pregnant as of April 30 -- and therefore could no longer legally get an abortion in Tennessee -- to get an abortion immediately. Thapar also took issue with the scope of the injunction.

"The district court’s injunction doesn’t just apply to women who might lose their ability to have an abortion before Tennessee’s twenty-week deadline; it applies to all women who seek a surgical abortion—no matter their ability to obtain an abortion after the order expires," Thapar wrote. "Injunctions should be aimed with rifle-scope precision. The district court here used a twelve-gauge."

Thapar also said the district court failed to properly balance the harm to some women caused by the delay in obtaining an abortion against the harms caused by using medical equipment for abortions during a pandemic.

"The district court failed to make specific findings about whether the executive order creates a 'substantial obstacle' for women seeking an abortion," Thapar wrote. "At most, the district court pointed out that the executive order will delay certain abortions for three weeks. But that doesn’t take the plaintiffs very far. Both the Supreme Court and our court have upheld laws that have the effect of delaying abortions for days or even weeks."

He continued: "Of course, a state always suffers irreparable injury when it’s wrongfully enjoined from enforcing one of its laws. But that’s far from the only harm here. The Governor issued the executive order to preserve critical medical equipment. Every piece of equipment used for something besides the pandemic response could cost a life—the life of someone who acts selflessly to help others in a time of crisis."

The judges in the majority, the opinion for which was written by Judge Karen Nelson Moore, put a heavier emphasis on protecting what the Supreme Court has ruled is a constitutional right to abortion. Moore quoted Ex Parte Milligan, a landmark case from the Civil War era that ruled constitutional rights apply "equally in war and peace ... at all times, and under all circumstances."

"And, here, although we have great respect for the challenges Tennessee faces as it responds to this novel public health crisis," Moore wrote, "we agree with the district court that the State’s response, in this one respect, unduly curtailed constitutional liberty, and that judicial intervention was thus warranted."

She continued: "What we will not countenance, however, is the notion that COVID-19 has somehow demoted Roe and Casey to second-class rights, enforceable against only the most extreme and outlandish violations."

Thapar, on the other hand, tore into the district court ruling.

"To sum up: the district court granted an injunction without much effort to apply the relevant law, without specific factual findings, and without any attempt to tailor the remedy to the purported constitutional violation," he wrote. "If that doesn’t count as an abuse of discretion, I don’t know what would."

Multiple states have taken actions limiting abortions and other elective procedures similar to Tennessee's during the coronavirus pandemic, including Texas and Ohio, with varying results in the courts.