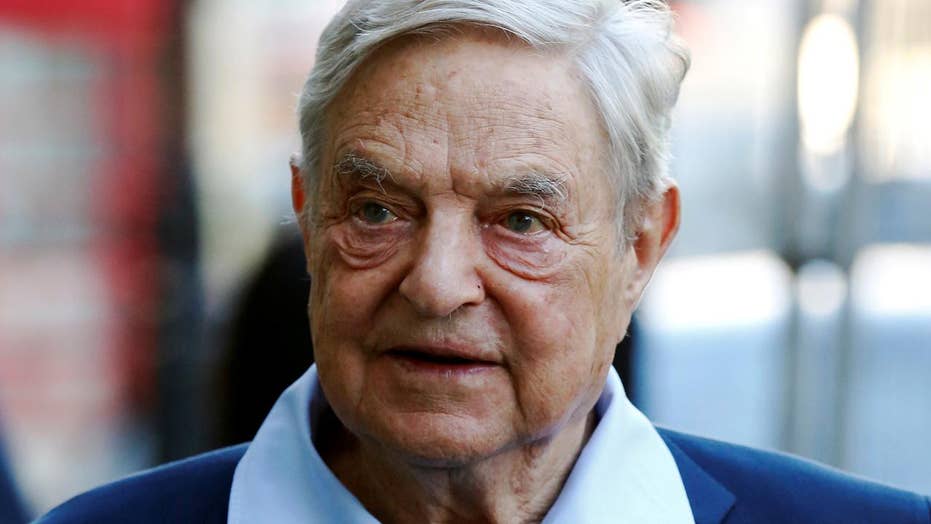 US aid to overseas Soros groups under scrutiny

Sen. Mike Lee: We have 'grave concerns' about taxpayer dollars

The conservative watchdog group filed a Freedom of Information Act (FOIA) lawsuit against the State Department and USAID after both failed to respond to a Feb. 16 FOIA request seeking records related to grants or payment authorizations, records of communication between State Dept. or USAID officials and the Open Society Foundations. The group had also asked for responsive records of communication sent from Jess L. Baily, an Obama-appointee and former U.S. ambassador to Macedonia, and similar records of the political activities of the Open Society Foundation-Macedonia.

The USAID website reported that between Feb. 27, 2012, and Aug. 31, 2016, USAID gave $4.8 million in taxpayer money to Soros’ organization. The USAID’s website links to one of the Open Society Foundation websites, which says the project trained hundreds of young Macedonians “on topics such as freedom of association, youth policies, citizen initiatives, persuasive argumentation, and use of new media.”

“The Obama administration seemed to bust taxpayer budgets in an effort to fund the Soros operation,” said Judicial Watch President Tom Fitton. “The Trump State Department and USAID should get their act together and disclose the details of the Obama-Soros spigot.”

A State Department spokesperson told Fox News that "the Department does not comment on matters ‎under litigation."

But an Open Society Foundations spokesperson told Fox News in a statement that: "The Open Society Foundations spends nearly a billion dollars of its own money a year promoting democracy, human rights and good governance around the world. Our local foundations administer a miniscule amount of US aid. When USAID chooses an Open Society national foundation to administer USAID funds -- which go on to NGOs in the field -- it is because we have a reputation for transparency, efficiency and professionalism. The work the Macedonia foundation supports has helped the Macedonian people by strengthening healthcare, education, community activism and journalism in the country -- often in partnership with the European Union, the United States and the Macedonian government."

The activities of Baily and USAID’s funding of Soros’ group came under Congressional scrutiny earlier this year. Rep. Christopher Smith, R-N.J., led a group of House lawmakers in writing to Baily demanding answers about whether U.S. tax dollars were being used to fund Soros projects in the small, conservative-led Balkan country of Macedonia. Sen. Mike Lee, R-Utah, also expressed concerns about USAID money going to Soros’ Open Society Foundations as part of a broader concern that the U.S. embassy had been taking sides in party politics.

“I have received credible reports that, over the past few years, the U.S. mission to Macedonia has actively intervened in the party politics of Macedonia, as well as the shaping of its media environment and civil society, often favoring groups of one political persuasion over another,” Lee said in his January letter.

In February, Louie Gohmert, R-Tex., Smith and others called on the Government Accountability Office to conduct an investigation and audit of the State Department and USAID’s activities in Macedonia, including funding of Open Society Foundations entities.

According to Judicial Watch, there was also potential interference in domestic Macedonian political affairs in potential violation of the Vienna Convention on Diplomatic Relations.