JACKSON, Miss. – A federal judge on Tuesday temporarily blocked a new Mississippi law that bans abortion after 15 weeks' gestation — the most restrictive abortion law in the United States.

The law took effect as soon as Republican Gov. Phil Bryant signed it Monday. The state's only abortion clinic, Jackson Women's Health Organization, quickly sued the state, arguing the law is unconstitutional because it bans abortion weeks before a fetus can survive outside the womb.

U.S. District Judge Carlton Reeves heard arguments Tuesday before granting the clinic's immediate request for a temporary restraining order that would block the law during the legal fight.

"The Supreme Court says every woman has a constitutional right to 'personal privacy' regarding her body," Reeves wrote in a brief decision that quoted previous legal rulings on abortion. "That right protects her choice 'to have an abortion before viability.' States cannot 'prohibit any woman from making the ultimate decision' to do so."

Reeves said in court that the "ultimate question" is whether a state can ban abortion before viability. He asked: "Does the state have the right to trump the woman's right to have control over her decisions, over her body?"

Reeves did not rule from the bench but granted the temporary restraining order about an hour later, noting that lawyers for the clinic said a woman who is at least 15 weeks pregnant was scheduled to have an abortion Tuesday afternoon.

One of those lawyers, Rob McDuff, said the woman's next available appointment would be March 28 because physicians travel from out of state to work there. He said the clinic does not perform abortions after 16 weeks of pregnancy, and March 28 would put her beyond that.

The law and responding challenge set up a confrontation sought by abortion opponents, who are hoping federal courts will ultimately prohibit abortions before a fetus is viable. Current federal law does not. 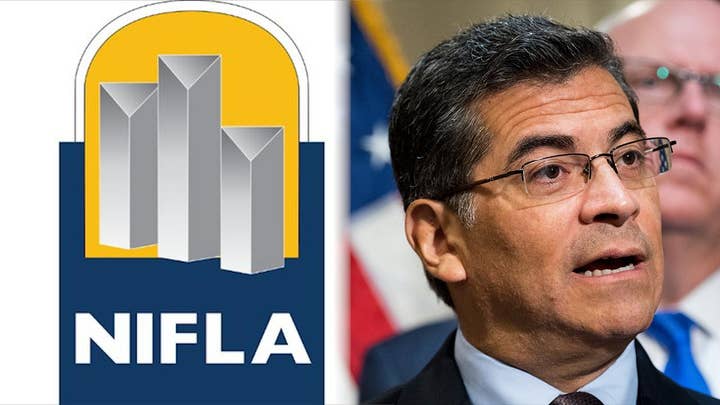 Some legal experts have said a change in the law is unlikely unless the makeup of the U.S. Supreme Court changes in a way that favors abortion opponents.

Dr. Sacheen Carr-Ellis, medical director of Jackson Women's Health Organization, argues in the lawsuit that viability varies from pregnancy to pregnancy depending on the health of the mother and the fetus, but that "no fetus is viable after 15 weeks of pregnancy."

Paul Barnes, a special assistant state attorney general, argued that the law serves Mississippi's "interest in protecting maternal health and the state's interest in protecting unborn life." He said medical advances and legal decisions continue to define viability earlier. He said viability was considered to be around 28 weeks when the Supreme Court's Roe v. Wade decision that legalized abortion nationwide was handed down in 1973, and it was defined as being about 23 or 24 weeks in more recent court cases.

Reeves said in his order that the Mississippi law "places viability at 15 weeks — about two months earlier than where the medical consensus places it."

McDuff said the law keeps women "from making their own decisions about whether to bear children."

"There has been no case in which a law like this setting a ban at some point prior to viability has been upheld on the merits in the face of a constitutional challenge," McDuff said.

The law's only exceptions are if a fetus has health problems making it "incompatible with life" outside of the womb at full term, or if a pregnant woman's life or a "major bodily function" is threatened by pregnancy. Pregnancies resulting from rape and incest aren't exempted.

Mississippi previously tied with North Carolina for the nation's strictest abortion limits, at 20 weeks. Both states count pregnancy as beginning on the first day of a woman's previous menstrual period, meaning their restrictions kicked in about two weeks before those of states whose 20-week bans begin at conception.

The lawsuit opposing the 15-week ban argues that it violates other federal court rulings that have said a state can't restrict abortion before a child can survive on its own outside the womb.

The suit says the clinic performed 78 abortions in 2017 when the fetus was identified as being 15 weeks or older. That's out of about 2,500 abortions performed statewide, mostly at the clinic.

Carr-Ellis, in a sworn statement, said the law would strip her of her Mississippi medical license if she continued to provide abortions to women past the 15-week ban. She said women shouldn't be forced to carry their pregnancies to term against their will or leave the state to obtain abortions.