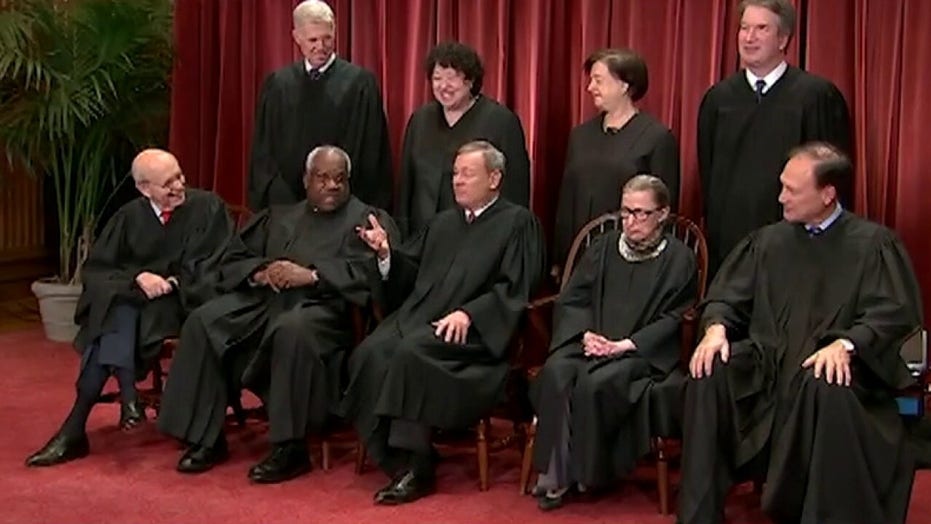 Judge Joan Larsen is among the jurists who may be chosen by President Trump as Supreme Court nominee to succeed the late Justice Ruth Bader Ginsburg.

Trump appointed Larsen to the 6th U.S. Circuit Court of Appeals in 2017.

The president said this weekend that his nominee will be a woman; other potential nominees include Judge Amy Coney Barrett and Judge Barbara Lagoa.

Larsen, 51, was a former law clerk for the late Justice Antonin Scalia and delivered one of the tributes at Scalia's memorial service. Barrett was also a Scalia clerk.

Justice Joan Larsen of the Michigan Supreme Court and a former clerk for Supreme Court Justice Antonin Scalia speaks at his memorial service at the Mayflower Hotel March 1, 2016 in Washington, DC. (Photo by Susan Walsh-Pool/Getty Images)

Larsen may face criticism for serving in the Justice Department office that produced the legal justifications for the enhanced interrogation techniques, including waterboarding, that human rights advocates have called torture.

Before being tapped for the federal bench in 2017, she was on the Michigan Supreme Court starting in 2015.